Super report and pics, thank you!

@ftcarer - I should have followed the smoke signals. I might have found you out west.

@notsofasteddie and @vinyl - thanks for the encouragement.

Opening the curtains I find that the sun is shining over the canal.
What a great start to Four Twenty Day!

First stop today is Bluebird for Macky and Madmaxxx's Melt Madness Smoke Out. 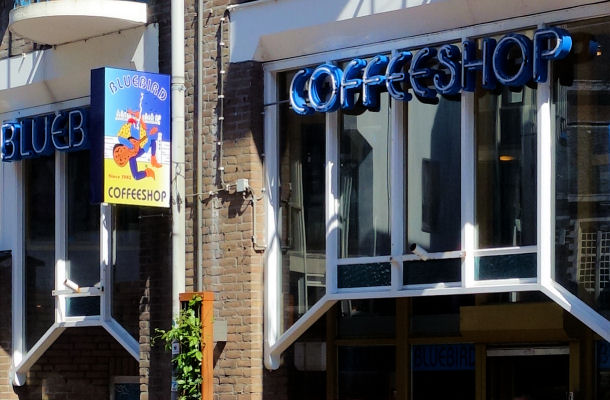 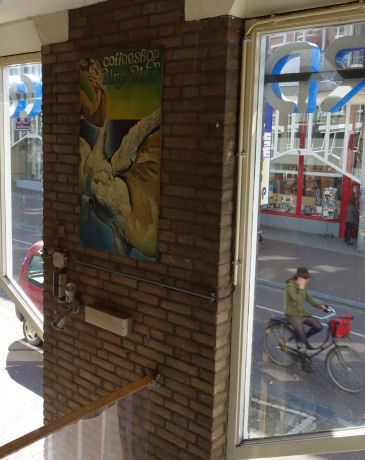 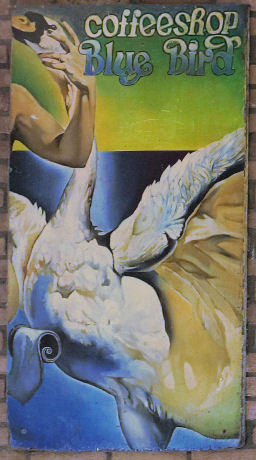 We seem to have almost taken over the place.
Most are crammed into the smoking room.
The Volcano is in the other room.
I find myself flying backwards and forwards between the two rooms filling the Volcano, bringing bags to the group, swapping between hash and grass screens and so on.

We're having a great session and are quite comfortably slouched.
Ftcarer points that we've been here for hours and that we're supposed to be going to Prix d'Ami.
He suggests that maybe we should have our Cattales memorial smoke here rather than trying to move everybody.
So we all raise our joints and remember our fallen.

More time passes as we sink deeper into our seats and our stoned grins broaden.
I don't think I've spent this much time in Bluebird before but it's making a nice home today.
Four o'clock is approaching so we have to consider where we're going to celebrate 4:20.
The majority seem to want to go for a smoke outside the City Hall.
I've never been to one of these demos before but, as the usual 420 Cafe isn't an option and it's a lovely sunny day, I decide to go with the crowd.

Ftcarer and Occassional Bowl peel off and the rest of us head round the corner to City Hall. 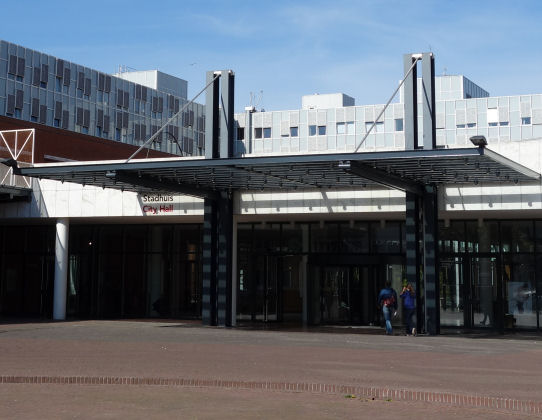 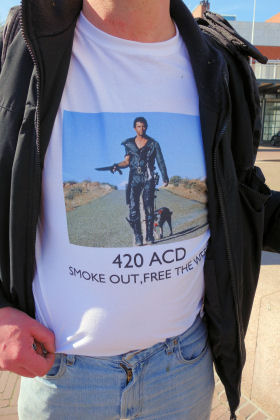 City Hall and Guess Who?

I think maybe they were expecting to find lots of people here but it's empty.
We smoke a spliff and a bong.
It feels very odd standing around this anonymous open space at 4:20.
It's nice gazing across the Amstel in the sunshine though.

Then, just as we decide to move on, disaster!
Papi's bong is broken!
I'm not sure what happened but a period of mourning is clearly required.

We stroll down to Voyagers, pop into Batavia for a quick drink and then check Voyagers again.

There are a few of our crew in Voyagers but we're told that all of those going on the boat have already headed down there.

We make our way to the Prinsengracht.

There we find this beautiful boat waiting for us. 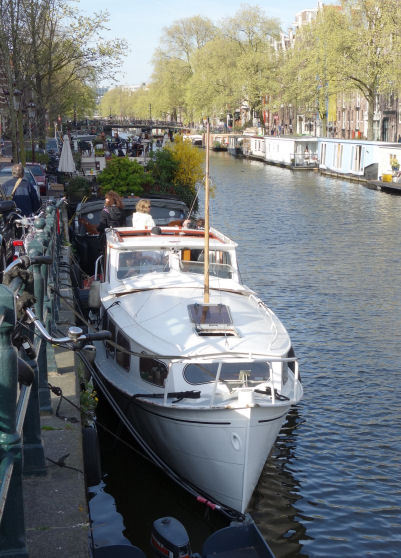 Occasional Bowl, Smirks and Bleak have also found the boat.
Macky can't make it because of back trouble but his wife and friend (henceforth known as 'Macky's Girls') join us from a neighbouring cafe-boat.

The boat looks great and the Captain is really cool.

Bleak shoots off with a shopping list.
It seems like he's been gone for hours and Captain is getting impatient.
He finally returns and we all climb on board and set off.

As the boat turns around, Spidergawd and Treetop turn up.
That makes nine of us in this floating party. 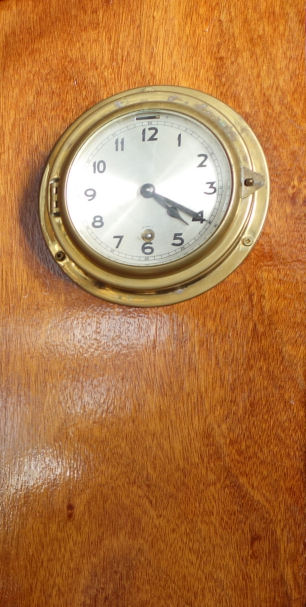 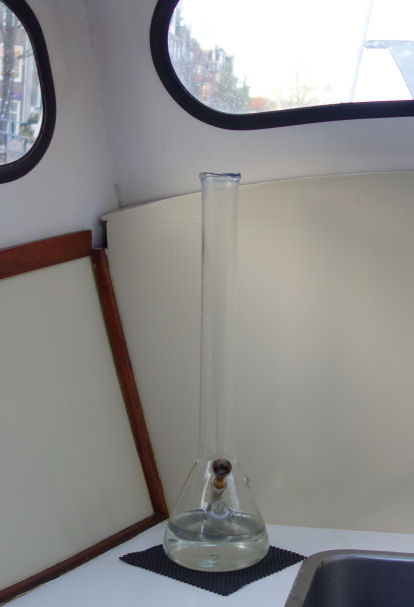 A clock stopped at 4:20 and a glass bong

This has got to be the perfect stoner boat trip.
At the front of the boat is a kitchen area with drinks, snacks and a big glass bong.
Behind that is a lounge section with comfy seats.
There is even a small toilet.
Further back is the wheelhouse and, finally, an open rear deck.

Our crew is distributed around these areas with joints and bongs everywhere.

Joint rolled, I stagger from the lounge to the open deck where I join J and Macky's Girls.
"Duck!"
"Where?"
I turn round just in time to see the fast approaching low bridge.
Decapitation narrowly avoided, I take a deep drag.

We sail down the Prinsengracht and out onto the IJ by the Westerdok.
Overshooting the first entrance to the Oosterdok we instead sail past the Nemo.
Then it's past Voyagers and up Oudezijds Voorburgwal to Grimburgwal. 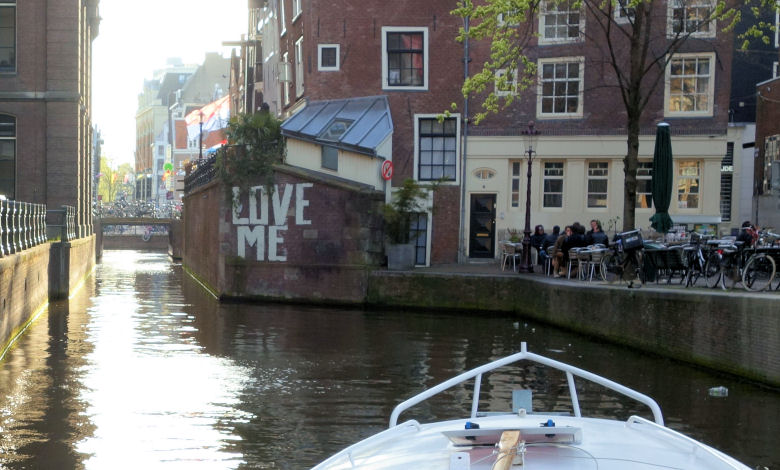 That's Gasthuys cafe on the right of Grimburgwal, where we had breakfast on day 3.
At least it was in the sun at that time of day, unlike now.

The top of the Rokin takes us onto the Amstel.
Then, before we get another view of City Hall, we turn left down Oudeschans and back into the Oosterdok. 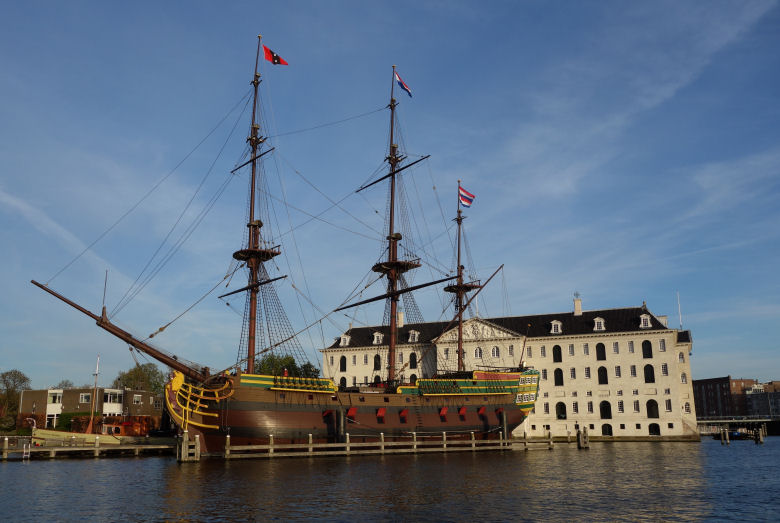 We get a nice view of Het Scheepvaartmuseum (Maritime Museum) as we turn up Nieuwe Herengracht back to the Amstel.
Under the iconic Magere Brug and onto the Prinsengracht. 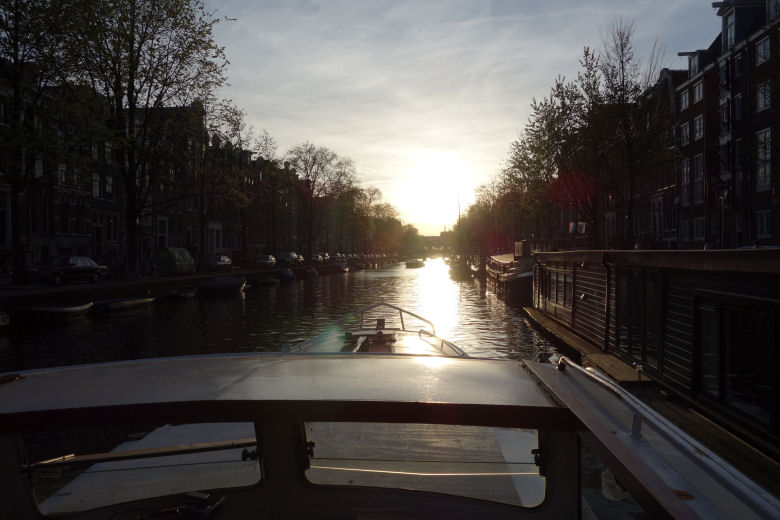 Passing very close to our apartment we return to our starting point. 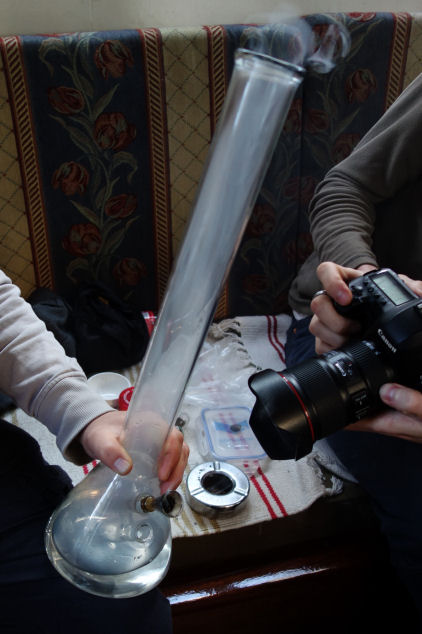 What a brilliant trip!
Our ratio of successful 4-20 boat trips to failed ones has improved massively.
That has got to have been our best one ever.

From Prinsengracht we head to Utopia to catch up with the others.
Ftcarer is planning to announce his Cup results there.

Sure enough we find yet another serious session in progress and Ingi being the perfect hostess as usual.

FT hands me a piece of paper with the results on and asks me to read them out.

By now everyone except Ingi is aware that Utopia has won.
This raises the level of anticipation knowing we're in the right place.

Public speaking is not my forte but I try to be loud and clear.
"In third place, Birdy of Haarlem."
"Second goes to Catch 33."
"And this year's winner is …"
I attempt a pause for effect then,
"… um, some place called Utopia."

There is a yelp from behind the bar.

FT hands Ingi the trophy, who promptly bursts into tears. 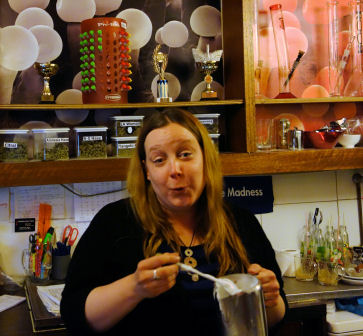 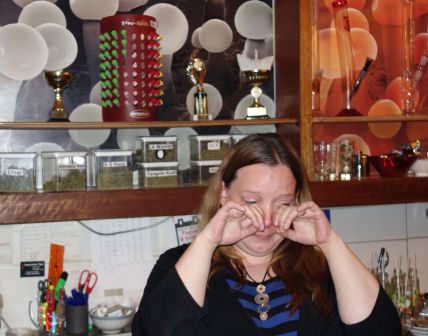 Bongs and joints aplenty celebrate the best coffeeshop in Amsterdam.
If only we could find some way of persuading the authorities not to close it.
Ingi says that she hopes to take herself and the Utopia formula to another coffeeshop when it does close.

Dinner is calling.
J and I head off in search of sustenance, taking lots more coffeeshop pictures as we go. 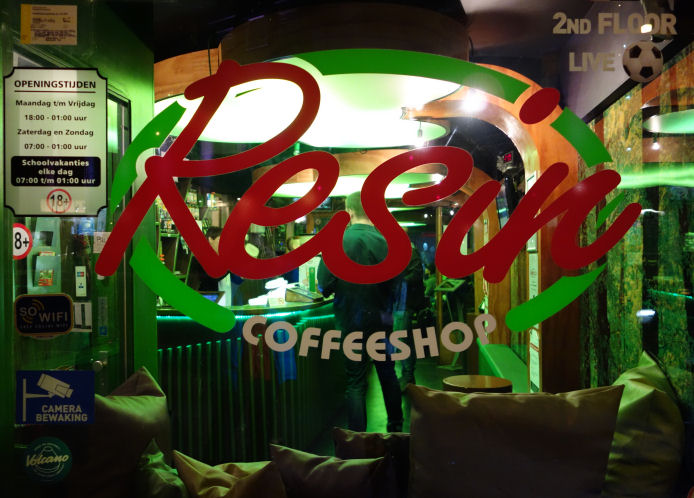 Craving a veggie burger with chips we finish up in Barney's Uptown.

Suitably fed we head back to Utopia to continue the session. 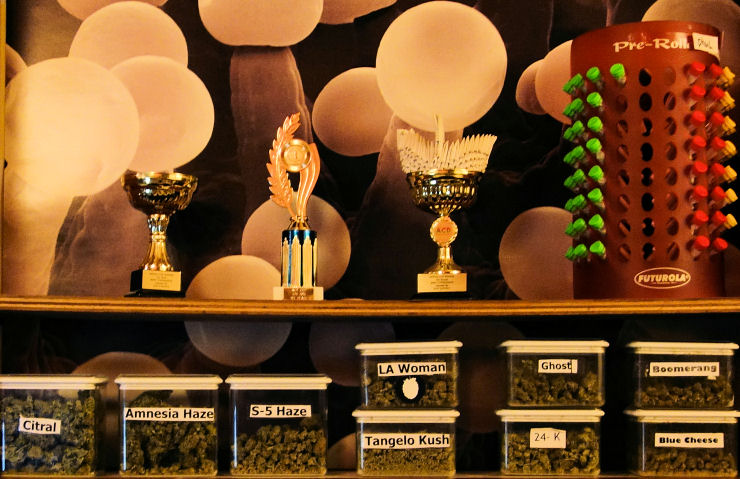 The new trophy is now on display with the previous two.

After many more joints and bongs, Occasional Bowl, J and me head off.
We stop at Soundgarden for a quick nightcap and then head home very satisfied after another wonderful day.
Top

Nice read, thanks for sharing.
Are those your memories, or a combination of yours and J's?

Yah, we know how you can get on sometimes.

It's like I was there. Again, thanks for taking the time.
Cheers.

Excellent! Gutted a bit for skipping the boat part, it's hard to reason with a mourning man i guess:)

That was one wild day with Utopia's evening session being da bomb. I gotta make some notes next time, so the sessions don't blurr into one:)

Great read Lem:) And thx for the pics you've sent me via e-mail. If you find any else, just send them along:)
Edibles on a plane is my middle fucking name
Top

was a great few days

Nice work indeed. I appreciate the efforts you put in!
Top

loved re visiting the boat trip which was along with Haarlem the highlight of the holiday for yours truly.
thanks for everything Lemming. Nice memories.
That's a few days they can never get back from us.

How much did you produce?
Top

Another great day , was prob the longest I've spent in Bluebird as well ,no way we were making it to prix

Night meet at Utopia was EPIC

Boat trip looks great, sorry I missed it....yes I was there on the boat but I can hardly remember it.
Top

Smirks wrote:Boat trip looks great, sorry I missed it....yes I was there on the boat but I can hardly remember it.

Smirks wrote:Boat trip looks great, sorry I missed it....yes I was there on the boat but I can hardly remember it.

not surprising, if I remember you were well wrecked before hand

let alone whatever you smoked once onboard

Excellent report , thanks
Being Egotistical and Huffy since 74
Top
Post Reply
59 posts