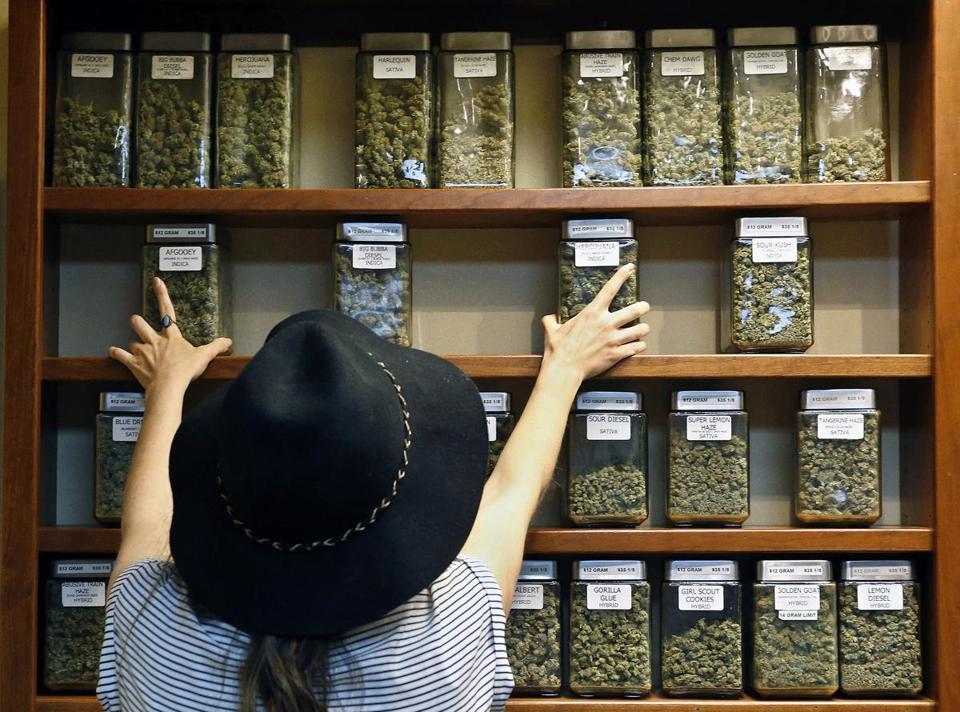 The legal sale and consumption of recreational marijuana in Massachusetts came into much clearer focus this week, as state regulators said they are ready to authorize a wide variety of locations where consumers can buy and consume cannabis.

Cannabis officials took preliminary votes to allow marijuana “bars” or cafes where cannabis products can be consumed on site, to permit home delivery of pot, and to regulate the sale and use of the drug at other businesses such as restaurants, yoga studios, movie theaters, and massage parlors that receive state licenses.

In meetings this week, the state Cannabis Control Commission approved creation of a “mixed-use” license for such businesses to sell marijuana products on the side for their customers’ use on the premises.

The vote opens the door, for example, for masseuses who want to use pot-infused lotions or restaurants that may want to prepare marijuana-laced dishes some nights of the week.

Both marijuana “bars” and the “mixed-use” businesses like movie theaters could only offer single-serve portions of marijuana. And, as at bars and restaurants that serve alcohol, customers wouldn’t be allowed to take any leftover cannabis home.

Cannabis Commissioner Shaleen Title said the creation of pot bars and licenses for other businesses should help reduce marijuana consumption in public spaces — which is illegal and can be a nuisance to others — by giving tourists, parents, renters, and others an approved place to use the drug.

“If we give people a place that’s regulated, that’s overseen by trained staff, and where you can use in a responsible way and don’t have to hide, I think that can only be good,” Title said in an interview.

The votes on policies came during a series of meetings the Cannabis Control Commission is holding this week to draw up specific rules for businesses in the newly-legalized recreational marijuana industry. The agency plans to file detailed draft regulations by Dec. 29 and, after taking comments from the public, enact final rules by March 15. Cannabis sales are scheduled to begin July 1.

Under the new state marijuana law, regulators had the option to license businesses where consumers can buy marijuana products and consume them on the spot but were not required to. This week the cannabis commission embraced the idea, opening the door to a surprising array of retailers who would be allowed to sell the drug.

According to the commission’s emerging vision of the industry, customers at a licensed cannabis club or pot bar could potentially sidle up to the counter, buy a joint, and light up. These venues would need to get most of their business from cannabis sales.

Existing bars and restaurants also could seek a “mixed use” license to allow marijuana consumption. The establishments would be barred from serving alcohol at the same time as marijuana.

Other states and cities where marijuana is legal have provisions for businesses where customers can consume pot, but most of those state policies haven’t been fully implemented or leave the operations in a legal gray area. Massachusetts appears poised to become the first to explicitly allow them statewide, though it is likely all companies that want to be involved in marijuana sales or production will also be subject to municipal restrictions.

The commission is still debating some details, including whether consumers would be allowed to BYOC (bring-your-own-cannabis), and whether customers would be allowed to consume the pot by smoking it. If smoking were banned, on-site consumption businesses could only offer edibles or topicals, such as lotions. The agency has also yet to decide whether it will issue one-time licenses for wedding planners and other special event organizers who want permission to serve marijuana.

The commissioners this week also voted to allow brick-and-mortar recreational dispensaries to offer delivery of marijuana to residences. The agency has yet to decide whether to permit delivery-only businesses that don’t also operate a physical store.

The commission also approved a first-in-the-nation inclusion program meant to boost participation in the marijuana industry by minorities and small businesses.

Title wrote several “economic empowerment” programs intended to fulfill the marijuana law’s explicit mandate that the cannabis industry offer business opportunities to minorities and other communities whose members were arrested and incarcerated at disproportionately high rates for drug crimes in the past.

All marijuana licensees would be required to submit plans on how they would promote racial and gender equity and include veterans and people with disabilities.

“Everyone should get a chance to build wealth, especially people who haven’t had a fair chance in the past,” Title said.

“I hope we end up with an industry that looks really different from other industries,” the commissioner said. 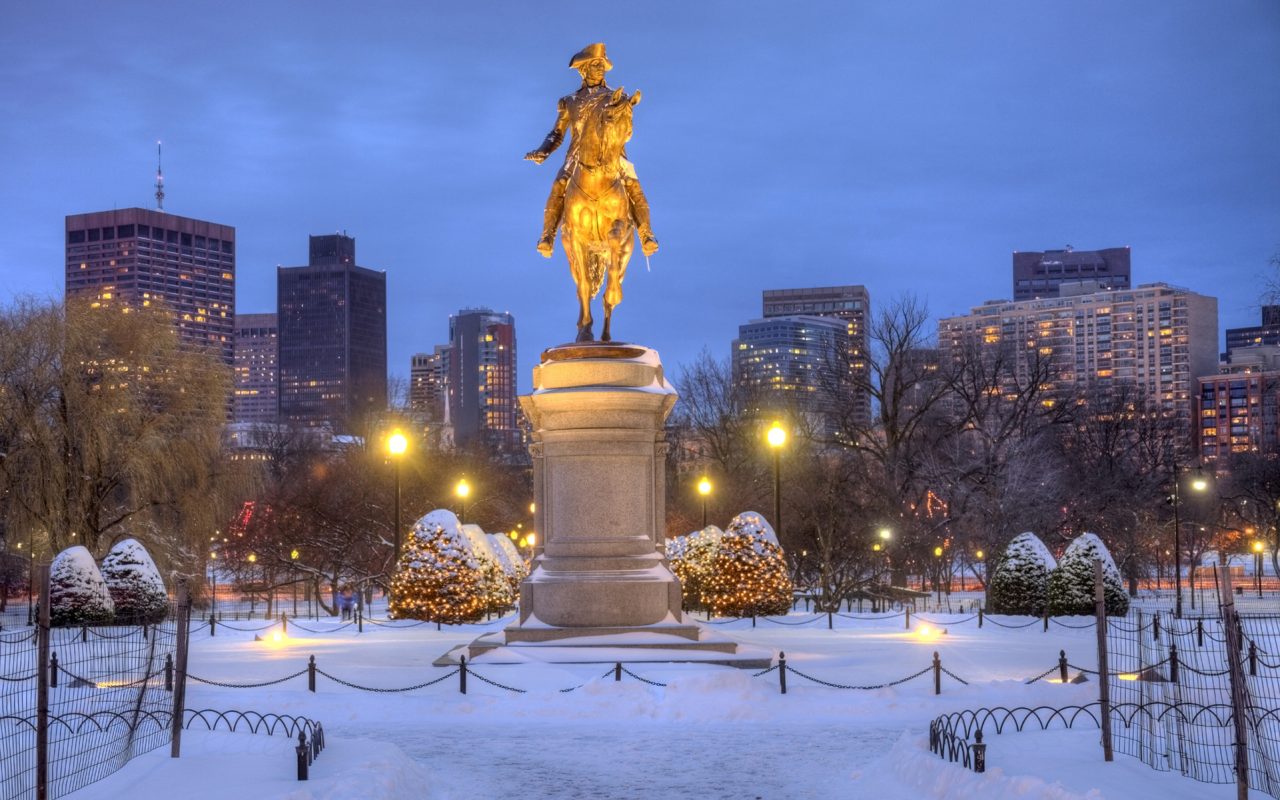 
BOSTON — From “cannabis cafes” to “craft cooperatives,” regulators have been laying out a vision for what a potential multibillion dollar recreational marijuana industry might look like when retail sales begin next year in Massachusetts.

The Cannabis Control Commission reached tentative agreement over the past week on an array of rules and regulations required to implement the law approved by voters last November and later modified by the Legislature.

Promoting diversity and placing controls on the packaging, marketing and advertising of cannabis were other key issues discussed by the five-member panel, which is expected to formally approve the regulations in the coming days.

The rules would be open to public comment before being finalized in March.

Here are some highlights:

A pot shop typically works much like a liquor store: You go in, buy the product and take it home to consume.

Regulators in Massachusetts and other legal recreational marijuana states have wrestled with the issue of when, where and how to let people use pot in social settings and other establishments.

A primary use license would be for businesses that derive more than 50 percent of their income from marijuana sales. An example of such a business model would be a cannabis bar or cafe where patrons could gather and use marijuana with friends.

A major question, however, is whether smoking would be allowed in such establishments or if customers would be limited to using marijuana in other forms such as edibles. The commission plans to form a working group to make recommendations on “smoking and other forms of social consumption,” by July 1.

The second category, a mixed use license, would be available to businesses that may want to make cannabis available to customers in some fashion. Examples could include restaurants, movie theaters, yoga studios or even massage parlors that promote marijuana-infused lotions.

A restaurant, for example, might be able to offer a single-serving dish that has cannabis as an ingredient, but it couldn’t leave the premises. So forget takeout or doggy bags.

Can’t make it to the nearest marijuana store? Home delivery may be available under a strict set of rules laid out by the commission.

Upon delivery, drivers must obtain positive identification and proof that a buyer is 21 or older. The recipient must also sign for any delivery.

Products that are delivered must follow the same packaging requirements as if sold in a store. A single delivery of multiple products could not exceed $3,000 in value and deliveries could only be made during a store’s normal business hours.

Craft cooperatives would allow groups of people — with each member required to have lived in Massachusetts for at least a year — to organize as a limited liability company or similar business structure.

The cooperatives would be licensed to operate up to six marijuana cultivation locations and up to three additional processing or manufacturing facilities. While they could package and brand marijuana products and deliver them to retailers, craft cooperatives would not be permitted to sell directly to consumers.

In what could foster greater scientific understanding of the health effects or medicinal value of cannabis, the commission agreed to create a special license category for marijuana research facilities.

Such facilities could cultivate or purchase marijuana, but not sell it.

Any testing done on humans would have to be approved by an institutional review board and test subjects must be 21 or older.

State lawmakers have made clear they want opportunities provided in the legal marijuana industry for economically disadvantaged people — particularly residents of minority neighborhoods who were harshly impacted by the so-called “war on drugs” in recent decades.

The commission agreed to designate as yet undefined “areas of disproportionate impact,” and offer what it called priority review for applicants for cannabis business licenses from those communities.

Applicants with a majority of owners who have lived in areas of disproportionate impact for at least five of the past 10 years would be offered priority review, as would any company in which at least 51 percent of employees or subcontractors have drug-related arrests on their records.

Priority review of an application would not guarantee a license.

All applicants, regardless of location or ownership makeup, would be required to submit to the commission an employment diversity plan and live up to that plan once licensed.

Okay stoned yoga sounds really really dope. I am gonna try it hah. I actually am an avid fan of yoga. I think that it is really good and actually helps people who have different health problems. I started doing yoga because it was a way for me to put in my physical therapy as well as just lean to control my anger. I got injured a few years back and because I never treated it properly I developed a condition called plantar fasciitis. It's basically a chronic inflammation of a tendon in your foot and it is not very comfortable. I went to a doctor and after the inflammation went down he suggested I try a set of yoga exercises for people with plantar fasciitis. I was a little skeptical at first but it worked out surprisingly well. I have been doing it regularly and with the right medication and diet combination everything is working out well that s for sure.
Top
Post Reply
3 posts • Page 1 of 1