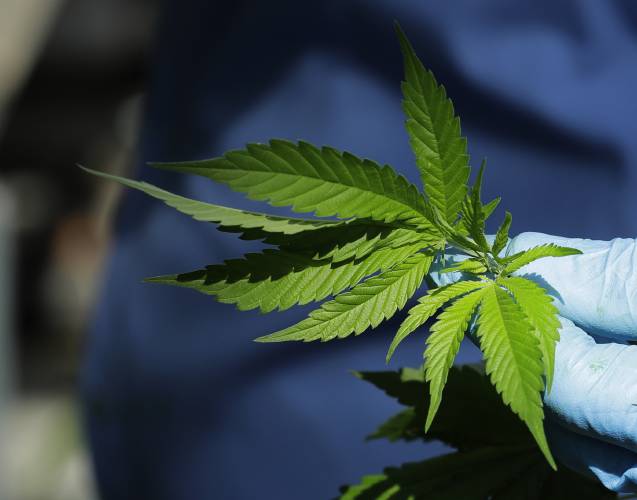 “Congress is out of step with the American people and the states on cannabis,” Blumenauer wrote in the memo, citing polling showing that 69 percent of registered voters support legalizing marijuana. “We have an opportunity to correct course if Democrats win big in November.”

The founder of the Congressional Cannabis Caucus said there is no question that the federal marijuana prohibition will end and that Democrats should lead the way or lose the issue.

“If we fail to act swiftly, I fear as the 2020 election approaches, Donald Trump will claim credit for our work in an effort to shore up support — especially from young voters,” Blumenauer said. “Democrats must seize the moment.”

Congress needs to enact legislation softening the federal stance on marijuana by the end of 2019, he argued, offering Democratic leadership a blueprint on actions they should take over the course of next year.

In the first quarter of 2019, congressional committees should hold hearings on the topic to debate potential policy fixes, Blumenauer said. For example, the Judiciary Committee could hold a hearing on descheduling the drug, Energy and Commerce could examine marijuana research and Financial Services could look at barriers to banking services and capital for marijuana growers and entrepreneurs.

By the second quarter committees should be able to begin marking up legislation to help narrow the gap between federal and state marijuana laws, Blumenauer said.

The House should then pass a marijuana package combining those committee-passed bills before the annual August recess, Blumenauer suggested.

“With the marijuana policy gap diminished, after months of hearings and markups, the House should pass a full descheduling bill and work with Senate allies to guide the bill through Senate passage,” he said of his goal for September to December.

“Our chances in the Senate depend on both the November elections and increased public pressure following House passage,” Blumenauer added. “While the Senate has been slower on marijuana policy reform than the House and the American people, it now has almost 20 introduced bills in an effort to catch up with the House. We must build on this momentum.”

Blumenauer provided a list of existing legislation lawmakers could look to reintroduce and debate next year.

As Canada on Wednesday legalized the social use, possession, cultivation and retail production and sale of cannabis, Blumenauer added another bill to the list.

The Maintaining Appropriate Protections for Legal Entry, or MAPLE, Act would “exempt cannabis-use and/or participation in the cannabis industry as a disqualification for entry into the United States from a country that has ended its marijuana prohibition,” according to a news release.

The bill also protects foreign nationals who participate in cannabis activity in states where it’s legal from deportation.

“Currently, 46 states have legalized some form of cannabis, and I am confident that legalization will get a boost from successful ballot initiatives next month,” Blumenauer said in a statement. “As of today, our ally to the north is outpacing us.”