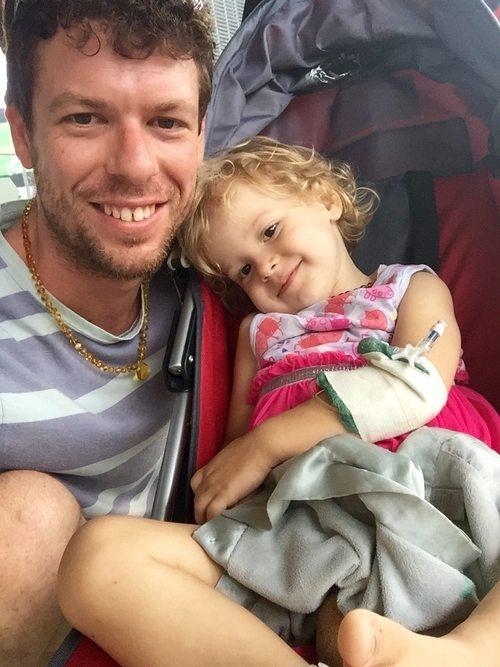 The father of a 2-year-old with late-stage cancer is facing jail time for using cannabis oil in an attempt to ease his daughter’s suffering.

When Adam Koessler’s 2-year-old daughter Rumer Rose was diagnosed with stage 4 neuroblastoma recently, he began supplementing her chemo treatments with doses of cannabis oil, seeing “amazing” results. Still, Koessler lives in Australia, where medical marijuana is illegal, and he was arrested Jan. 2 for his efforts; he was released on bail but now faces charges for possessing dangerous drugs and for supplying them to a minor, and is due back in court on Friday. The situation has outraged thousands around the world, who have signed online petitions and raised money in support of the single dad.

“He is a father doing whatever possible to save his child… let him go,” writes one of nearly 114,000 supporters on a Change.org petition to drop Koessler’s charges and legalize medical marijuana. Says another, “If the law states that this man cannot give his terminally ill… daughter something that improves her quality of life, than the law needs to be changed. The fact that this man has had his parental rights taken away by an ignorant legal system that has absolutely no right to do so absolutely disgusts me.”

On Christmas Eve, Rumer was diagnosed with stage-4 neuroblastoma — a pediatric cancer that develops from immature nerve cells — according to Koessler, who shared details of his story on a GoFundMe page he set up to help with his daughter’s care. (Koessler could not be reached for comment by Yahoo Parenting.) Doctors proposed 12 months of chemotherapy, while Rumer’s father and mother (who are not a couple), began a complementary therapy of naturopathic medicine, gluten-free meals, and medical-grade cannabis oil, which has been used around the world, with varying success rates, to treat conditions from ulcers and migraines to cancer and epilepsy. While the notion of treating children with marijuana remains controversial, Koessler says the oil worked wonders. 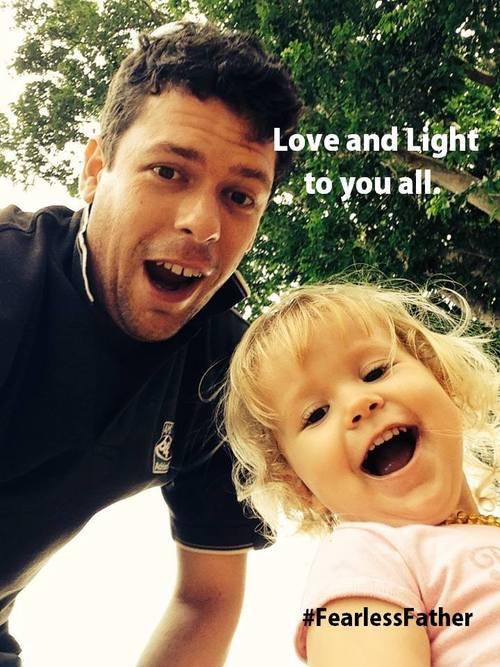 “The results were amazing,” he writes. “What we saw when Rumer was given the medical cannabis oil what nothing short of miraculous. Her cancer ridden little body was alive again — Rumer had almost instant quality of life…Her skin color came back, her eyes were sparkling again…We were certain after seeing these results that her recovery was entirely possible.”

Medicinal marijuana is banned in Australia, though the leader of the state of Victoria, Daniel Andrews, has said he wants to make it legal there by the end of 2015.

After Koessler’s arrest at a Brisbane hospital, where Rumer is being treated, he was told a condition of his bail was that he could not see his daughter; that was changed on Jan. 16, according to the Brisbane Times. Local supporters are planning a protest for February, while thousands continue to support the family online through Change.org https://www.change.org/p/campbell-newma ... eated=true, various Facebook pages, and two GoFundMe pages http://www.gofundme.com/rumer_rose, for Rumer’s care and for her dad’s legal fees, which have raised more than $15,000 and nearly $4,000 respectively.

On Jan. 9, Rumer was moved to the hospital’s intensive care unit after having seizures. In the meantime, note administrators of Koessler’s Fearless Father page on Facebook, “We want to say thank you, to all of the amazing people who are supporting Adam, sending him hundreds of personal messages of support, showing your support on this page. All of that positive is helping Adam to stay calm and believe that good will come of all of this. This is a fight that will make a difference for so many people around Australia and the world.”