Bob Carr, Jeff Kennett and former police commissioners release reform blueprint based on treating drug use as a health issue rather than a legal one 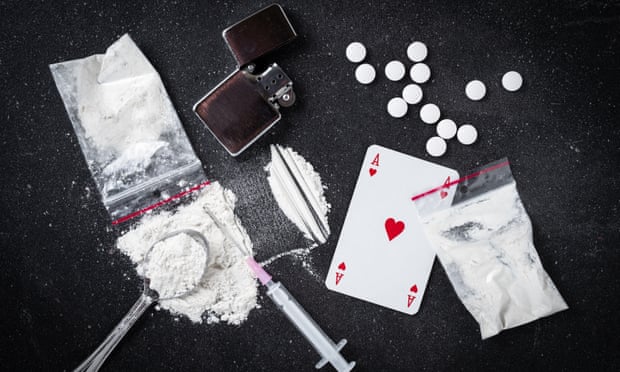 The Australia 21 report is calling for an end to the criminalisation of drug users in Australia.
Photograph: LeszekCzerwonka/Getty Images/iStockphoto


A group of former premiers, police commissioners and legal advocates have luanched a push for decriminalisation as part of a widespread reform of drug laws.

The former Labor premier of NSW, Bob Carr, and the former Liberal Victoria premier, Jeff Kennett, launched the Australia 21 report on Monday, which calls for an end to criminalisation of drug users.

The report, entitled “Can Australia respond to drugs more effectively and safely?”, makes 13 recommendations around minimising drug-related harm and the burden on the criminal justice system.

Two leading drug reformers want drug consumption rooms to include inhalation rooms for those who smoke illicit substances such as ice, crack and heroin

Among them are reducing and, where possible, eliminating penalties for possession and use; expanding health and social assistance for young people struggling with drug addiction; and undermining the black market with a regulated “white” market.

It recommends pill-testing be trialled to work as “indirect quality control … on the drug market”.

At the launch of the report in Sydney, former Victorian premier Jeff Kennett said there had been no seminal advance in addressing the challenges for 40 to 50 years, with the exception of Sydney’s safe injecting facility.
“Anecdotally, it seems to be getting worse,” he said. “Yet where are the legislators today with the courage to try something different that might, in some way, bring about a change of direction in this particular area of pursuit?”
Kennett said the rise of drugs such as ice meant emergency service personnel were also forced to suffer the consequences of drug use.

It was born of a roundtable convened by Mick Palmer, former commissioner of the Australian federal police and Northern Territory police, at the University of Sydney in September 2015.

The current system was “badly broken, ineffective and even counterproductive” to the aim of harm minimisation, he said in a statement. “We must be courageous enough to consider a new and different approach.”

The Australia 21 report proposes redefining drugs as a health and social issue, rather than a criminal justice one – an approach that has been adopted in 11 states of the US, several western European countries, India, Brazil, Colombia, Mexico and many other countries around the world.

“Australia has just looked on,” the report’s summary notes. “Our capacity for reform has been gridlocked.

It calls for a distinction to be made between “high-end production and trafficking” and personal use and possession, and for the “discretionary approach … already being adopted by frontline law enforcers” to be standardised.

Reform should be slow and incremental, and reevaluated at every step.

“A review of current attitudes and approaches should be a free-ranging attempt to legitimise the existing approach, tinker with it or replace it,” wrote Jack Johnston, former Tasmanian police commissioner.

But there was general agreement that some drugs – “100% pure” heroin, cocaine and ice – “should never and would never be subjected to regulated availability”, the report noted.

This is the third in a series of Australia 21 reports on drug law reform after the first two being released in 2012. All three were funded by an anonymous donor.

According to the Australian Crime Commission, 80,000 drug consumer arrests are made each year.