Canada’s Move Expected to Boost Momentum for Drug Policy Reform in the U.S. and Globally


Tomorrow, the Canadian Senate is expected to approve marijuana legalization legislation in a historic vote. The bill has the support of Prime Minister Justin Trudeau and has already passed the House of Commons. Canada will become the second country in the world to legally regulate all aspects of the marijuana market – including production, sale and consumption – following Uruguay’s historic move to do so in 2013.

“Canada should be applauded for taking bold and decisive steps towards ending the failed prohibition of marijuana,” said Hannah Hetzer, Senior International Policy Manager for the Drug Policy Alliance. “Canada’s progress will galvanize support for drug policy reforms in the U.S. and all around the world.”

The Canadian Senate has been studying Bill C-45 for the past six months, and has introduced changes to the version received from the House. Once it passes in the Senate, it will be sent back to the House of Commons to approve the amendments to the bill, after which the implementation of legal marijuana will begin.

Bill C-45 allows for the possession of up to 30 grams of dried marijuana for adults over the age of 18, stipulates that marijuana must be sold in plain packaging with limited branding, and sets penalties for driving under the influence and sales to minors. Canada will have a decentralized model, which means that each province will be responsible for much of the decision-making on regulatory implementation, including matters such as home cultivation, public use, and zoning.

“Canada’s decentralized system will give provinces the freedom to tailor marijuana legalization to their local needs and contexts, allowing us to study and learn from the many different models that will emerge,” added Hetzer. “Canada should ensure that the harms of marijuana prohibition are rectified, especially by expunging people’s marijuana arrest records and by investing in communities most harmed by prohibition.”

Medical marijuana has been legal in Canada since 2001, and Prime Minister Trudeau and his Liberal Party included marijuana legalization in their 2015 campaign platform.

Starting with Colorado and Washington in 2012, nine U.S. states and the District of Columbia have now legalized marijuana for adult use. As detailed in a recent DPA report, From Prohibition to Progress: A Status Report on Marijuana Legalization, the evidence so far shows that legally regulating and controlling marijuana has enabled U.S. states to successfully set safety standards, restrict youth access, and enact regulations that limit the potential harms of marijuana use. Building on these positive outcomes, New York, New Jersey, New Mexico and numerous other states are currently considering legislative proposals to legalize marijuana.

Re: Canada to Become 2nd Country in the World – And First G-20 Nation – to Legally Regulate Marijuana 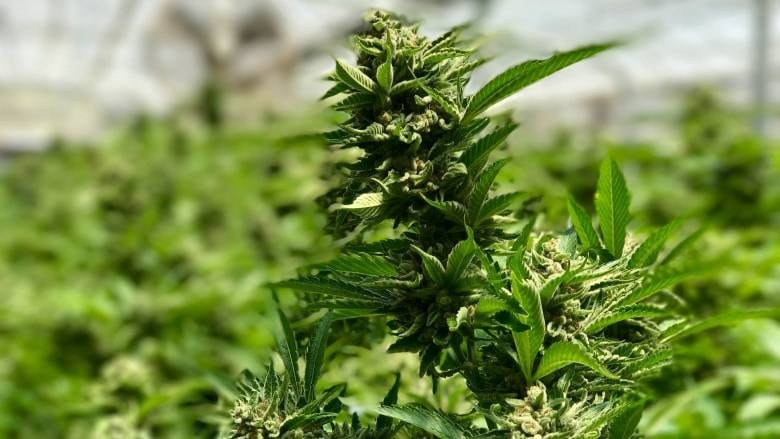 The Liberal government's bill legalizing the recreational use of cannabis has passed third reading in the Senate and now returns to the House of Commons where Liberal MPs will decide which amendments to accept and which to reject. (CBC)

Senators have voted to pass the Trudeau government's landmark legislation to lift Canada's 95-year-old prohibition on recreational cannabis by a vote of 56 to 30 with one abstention.

Despite the resolute opposition of the 32 Conservative senators, and trepidation among some independent senators, Bill C-45 now moves back to the House of Commons.

MPs there will now have to decide what to do about the the almost four dozen amendments to Bill C-45 that were made in the Senate. The government will have to decide whether to approve, reject or modify the changes before returning the bill back to the Senate for another vote.

Health Minister Petitpas Taylor has said that, once the bill is passed, provinces and territories will need two to three months to prepare before retail sales of legal cannabis are actually available.

Most of the Senate's amendments are minor, but a handful are significant. One amendment would allow provinces to prohibit home cultivation of cannabis if they so choose, rather than accept the four marijuana plants per dwelling allowed under the bill.

Another amendment would impose even more stringent restrictions on advertising by cannabis companies, preventing them from promoting their brands on so-called 'swag', such as T-shirts and ball caps.

Yet another is aimed at recognizing that marijuana is often shared socially. It would make it a summary or ticketing offence for a young adult to share five grams or less of cannabis with a minor who is no more than two years younger, and it would allow parents to share it with their kids, as they can wine or other forms of alcohol.

Petitpas Taylor has refused to say how the government views the many amendments, but it appears to have given its blessing to at least 29 of them, which were proposed by the sponsor of the bill in the upper house, Sen. Tony Dean.

In their final speeches, Conservative senators betrayed frustration that most independent and Liberal independent senators appear poised to support the bill.

Before the vote Sen. Jean-Guy Dagenais predicted the vote would demonstrate "unprecedented acts of political blindness" as senators overlook the testimony of doctors, police and other experts about the serious health, social and public safety consequences of legalization in order to help Prime Minister Justin Trudeau deliver on an election promise. He accused them of "fickle partisanship."

"I don't believe for an instant that you have all together at the same time lost the independence that you claim to have," Dagenais said.

Like his Conservative colleague, Sen. Carolyn Stewart Olsen, Dagenais questioned the speed with which independent Indigenous senators abandoned plans Wednesday to propose an amendment that would have indefinitely delayed implementation of the bill until such time as the government files a report detailing how it is addressing the concerns of Indigenous communities that have complained about inadequate consultation.

Indigenous senators — who had been the Conservatives' best hope for getting the numbers needed to stymie the government's plan to have legal cannabis available by late summer — dropped the amendment after Petitpas Taylor and Indigenous Services Minister Jane Philpott sent a letter promising a full report to Parliament in September and another within 12 months. The ministers also promised more funding for Indigenous mental health and addiction treatment services, special help for Indigenous businesses to navigate the licensing process to grow marijuana and consultation on jurisdictional and revenue-sharing issues.

On Wednesday, Stewart Olsen told Indigenous senators they held "the hammer" that could have defeated or delayed the legislation but had, instead, chosen "seeming capitulation to the government" — remarks that were quickly denounced as patronizing by Sen. Murray Sinclair, former head of the Truth and Reconciliation Commission on residential schools.

Her intervention continued to reverberate Thursday and actually seemed to galvanize Indigenous senators to support the legislation.

Dyck said Indigenous senators used their hammer "in a precise and focused action with great aim and achieved our objectives without undue collateral damage that a delay (in implementation) would precipitate."

Other Conservative senators predicted that Canadians will eventually rue the day cannabis is legalized.

"Legalization should be a last resort if incremental approaches to address cannabis-related harms fail," said Sen. Judith Seidman. "Instead, the government has chosen to conduct a grand experiment on the Canadian public, an experiment that cannot be undone." 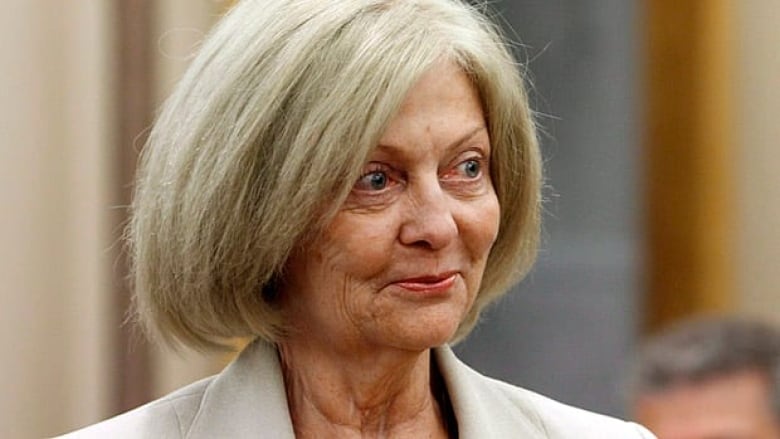 She accused the government of creating "a multibillion-dollar, predatory cannabis industry overnight, with the provinces taking on the role of drug dealer and the federal government taking its cut."

But other senators argued that almost a century of criminalization has done nothing to stop Canadians, particularly young people, from using marijuana illegally and, thereby, creating a lucrative black market dominated by organized crime.

"There is one thing I know for certain," said Liberal Independent Sen. Art Eggleton. "Our current system is broken. It needs to be fixed."

Independent Sen. Andre Pratte said C-45 takes a pragmatic approach to regulating cannabis that is preferable to continuing the failed war on drugs.

"Do we take a deep breath, close our eyes and stick with a demonstrably failed, hypocritical, unhealthy, prohibitionist approach of the past or do we move forward, eyes wide open, and choose the alternative? ... I choose to open my eyes, rather than put on blinders," he said.


With files from CBC News