Comments on specific shops. Use search to find the topic for a shop.
Post Reply
283 posts

OG kush cross from trendy 'breeder' Ocean Grown Genetics - pollen chuckers is an understatement, there's no stabilising of F1's.
Just breeding of genetics then selling the seeds. €35 p/g for a lineage that's got so much phenotypic variation it's barely able to be called a 'strain'.
Clowns. At both ends of the market.

That,s crazy, I have oz grown in coco that have crystals on crystals (Advance nutrients coco) and only gat 100euro,s for it ,
Hear those foot steps behind you Holland

I've just seen prix d'ami put a picture of a dab rig and some rosin on instagram. Is it possible to rent a rig there?
I'm there next week (mon-thurs) so a late night dab might be just the ticket.
Top

Was in for the Damlifegang sesh with Warwickshire County Highgrade and Element Extracts. I had a Looza and it tasted as a Looza should. Had a complimentary dab of Super Orange Glue from the Warwickshire lads and networked a bit. Fun times.

Still a strange coffeeshop though with the metal detector and the guy/bouncer asked me for ID when I clearly looked old enough to enter.
Bring back Imelda Marcos!
Top

Mainly I went in to check out their hash entry for the CloudsintheCity cup. They entered King Hassan (11€/g) for the traditional hash cup. After look/smell on it I decide to try it because I was still looking for a decent more classic import hash and that one looked pretty good

King Hassan (11€/g) - A more blonde "classic" moroccan hash like what you think when buying a hash called "King Hassan". Well I had hashes like that with a better smell to me but this one smelled also not bad with a decent spicy earthy smell. What I really liked on that one was that nice balanced high... nice strentgh in the bong and gaves me a nice smooth warm feeling.

Well for a cup entry it wasn´t something really special but it was simply a good classic import hash that compared to many other newschool hashes has a nicer effect to me. Well I like the newschool stuff, too but that classic import hashes gaves me personaly the best full spectrum of the high

Sometimes I smoke only newschool hash like made from Gorilla Glue, Kosher, Amnesia and so on and well I am pretty high but it felt like something is missing. When I smoke some classic import hash then it gaves me a nice smooth stoned feeling I hadn´t before... maybe it´s simply the CBD I am just missing with that new hashes...

Back on topic their entry for the cup King Hassan (11€/g) was a pretty good import hash that gaves me a nice smooth high but nothing outstanding compared to the usual stuff you can find. So like said from others mostly the biggest sponsors get the cups and maybe not the best product but it was a good solid classic import hash.
Top

This is one of those shops that i have never bought product from, due to the consistant bad reviews of price and quality, but always visit for the huge chill spaces. You can walk straight up the stairs on entry without having to purchase product, grab a drink and pick from a few different floors with ample space on each.

They have a cinema room that always had a bit of a weird vibe whenever I visited and everyone was talking over the Top Gun (can think of better stoner movie choices) that was playing.

I have seen a resurgance of good reviews for their weed and hash recently, has anyone had experience with this? Considering trying them out on my trip this December.
Top 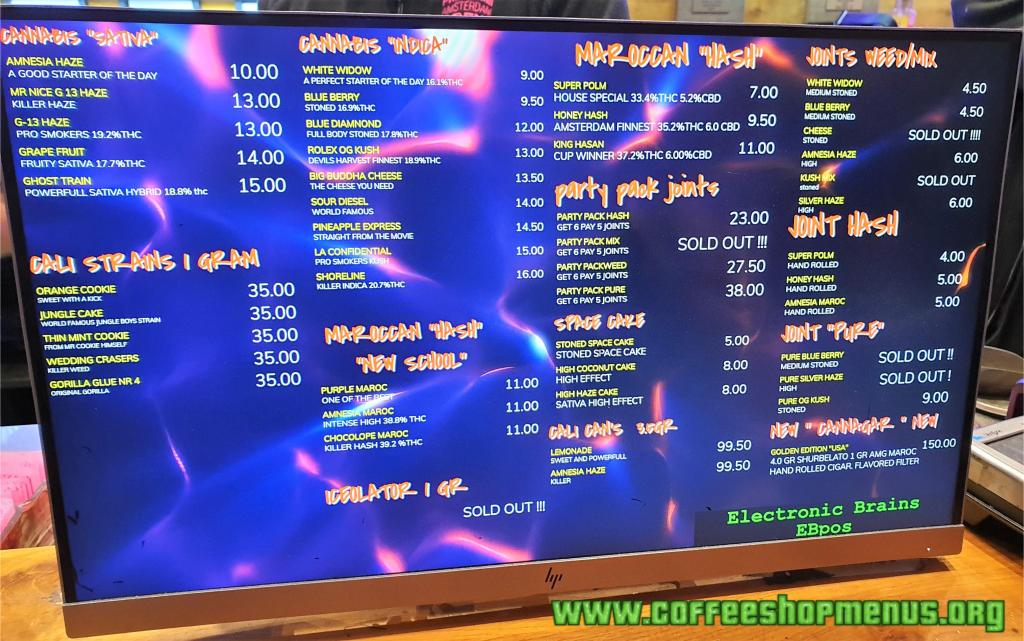 Popped in but didn't stay very long. Searched for bombs on the way in. Bought 1g Honey Hash E9.50 as the King Hassan was out. Had a coffee and a smoke in the large seating area upstairs. Not a bad place to relax and the coffee was the nicest of the trip. The Honey Hash was nicely pokey and a nice smoke. Got nice and stoned.
Top 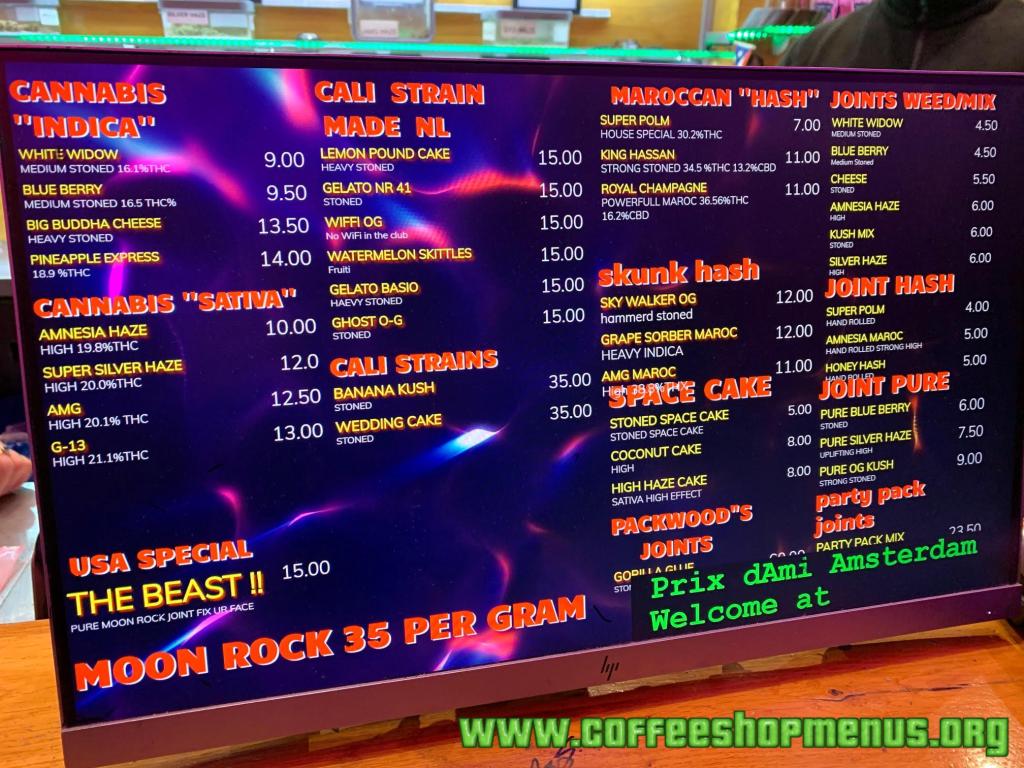 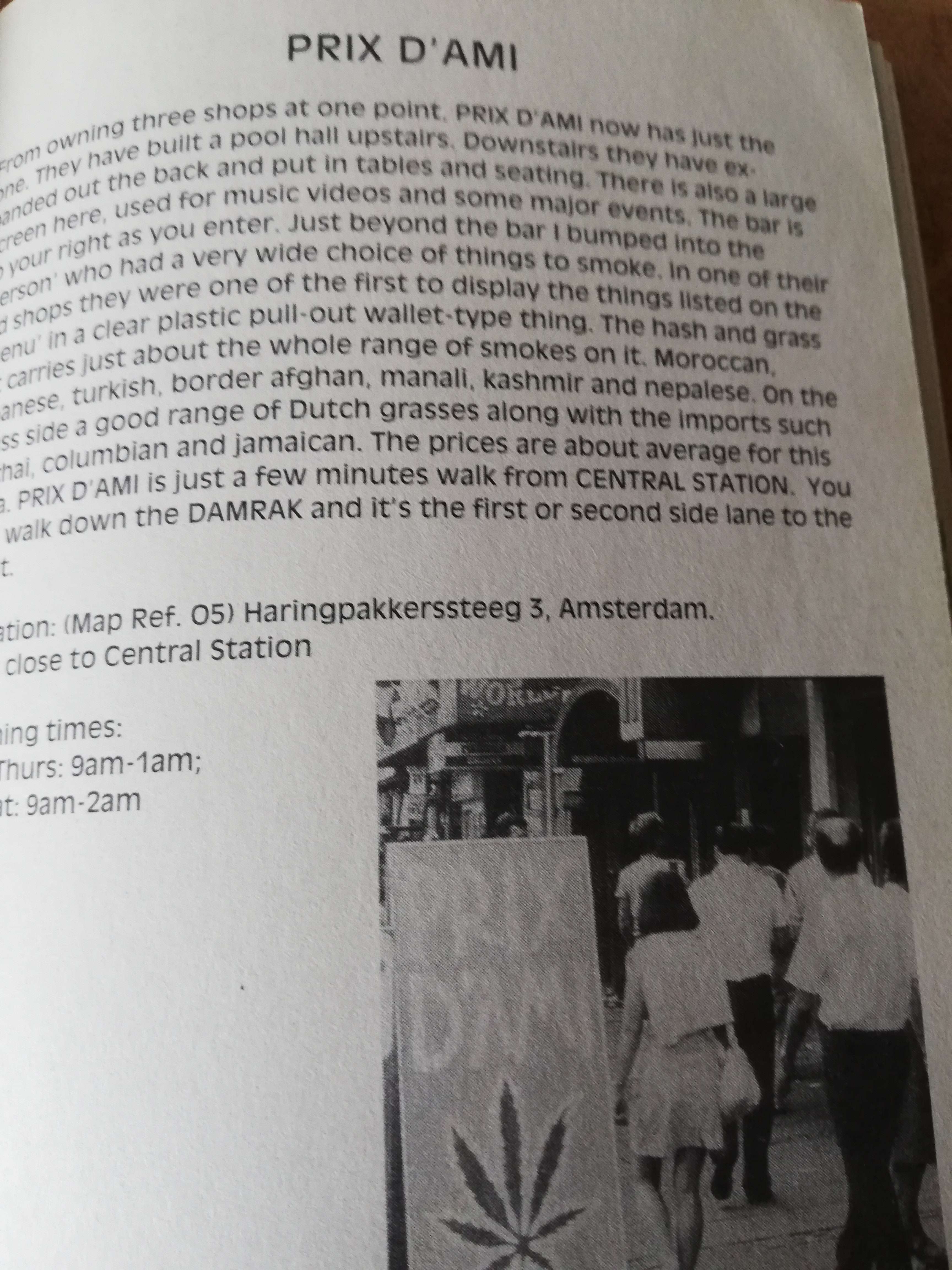 Don't Blink Or Your Miss Me!!
Top