Comments on specific shops. Use search to find the topic for a shop.
Post Reply
36 posts

19 November 2011
The budtender was doing double duty as the coffee barista leading to an interesting mix of orders and customers to sort through which she accomplished beautifully.
The bags at Balou are fixed price (sm, med, lg) in varying weights depending on market price of strain purchased. A medium bag of Amnesia weighed in at 1.1g at a reasonable 12.50 euro. Good stuff, obvious sativa high, noticeable and rapid onset, not overpowering strong - but nice. The place wasn't too crowded and seating was easy and comfortable. Great choice for our first coffeeshop visited this trip. I just had to go see Balou the coffeeshop because of balou on ACD!

I've been racking my brain for the last week as I couldn't honestly remember where I'd bought one of my fave smokes from my trip to the Dam, then I remembered it was Balou's. Got a 20 bag, wasn't disappointed. Strongest smoke of the trip.
Top

I randomly wandered past this shop as I was on my way back towards the center from Waterlooplein, and somehow had a recollection that it had been held in high regard, or that I'd read a few very positive reviews. The shop was pretty well empty, the bud selection was poor, and I had to settle for Chocolope (which is not a strain I particularly like at all, everything else was just run-of-the-mill stuff). I can't remember whether it was a gram or 1.2 for 12,50e, but it was easily the weakest smoke of this whole trip. Smells and tastes mildly reminiscent of what Chocolope usually is (and I don't enjoy that flavour), and didn't really hit me at all. Sold it off to a friend for a lower price than what I paid for it originally, because I knew I wouldn't smoke it.
Top

The Balou was my first coffeeshop I ever visited in Amsterdam. It was around 2006, if I remember right.
Went in there in the morning hours with my girlfriend and the whole luggage. Had 1 gram of Jack Herer in the first floor.
The smoke was def. okay.
The dealer and his buddies looked a bit shady, but it was a nice first coffeeshop experience...
Top

I've never been to Balou, but voted that I liked it because

I've never been to Balou, or Amsterdam for that matter, but voted that I liked it because there's a guy here somewhere named Balou(who seems acquianted with Lemming), who really helped me when I first came here and was totally lost. Balou is supposedly living in Amsterdam by now and is to be envied.
Yours,
tutorjb1

we bought an ordinary pre-rolled jiont. the budtender was really friendly and the price standard.
we went upstairs and sat down right next the windows. while smoking the dope we watched through the window and enjoyed the feeling of the cool breeze outside. the music was low-keyed which created a really relaxed atmosphere. This was really pleasant since many coffeeshops play really loud and sometimes annoying music.
We ordered a delicious orange juice for a fair price.
If we come back to amsterdam we will probably go there again.
Top

Balou is a pleasant little place, a room on the ground and directly above by way of a vertical staircase, a large non-descript room handy for small gatherings, though when I was there it was a series of individuals. The shop due to it,s location on a narrow street is a wee bit dingy, not much attempt to brighten it up by way of appropriate décor. CAUTION ON THE STAIRS! The lady staff member was naturally friendly. If you,re around Rembrandtplein give this place a visit.
Top

Here now. Small two level coffeeshop. A couple tables and stools on the first floor, upstairs is a small smoking room, 4 tables with chairs and a ledge along the window with seats. Room for maybe 25 people but it would be crowded. I'm up here looking out the window, smoking a bowl of critical mass, got a €10 bag (.76 grams?). Smell is nice, very sticky if broken up with your fingers. Clean smoke, white ash, cured well. Interested to try more of the menu here.

White I like shops where you can sit and look out the window, the view here is just a building in a state of disrepair.
Why drink and drive when you can smoke and fly?
Top

Never been here before but I decide to have a look whats on their menu..

The menu looked in parts pretty similar to the menu from Coffeeshop Prix d'ami and they also sell their weed/hash in
that pink coloured baggys as Prix d'ami does so I think they were taken over or work together...
I spoted some MK Ultra hash (9,50€/g) on their menu and I ever wanted to try that strain (the weed) but never saw it anymore on a menu or get my hands on it

but a hash made of that strain is also interesting

MK Ultra hash (9,50€/g moroccan) - A creamy bit darker hash that has a pretty good smell of the used genetics... kind of minty/fruity pleasent smell. From consistency it reminds me of some newschool hashes I tried in the past like the Candy Cookie hash from Central and some hashes from De Kroon... taste is not overwhelming but good and the effect is also strong enough and in the end stronger than I thought before. Overall for the price a good newschool hash.

The Coffeeshop itself seems to be on 2 or 3 levels but I was there only for a buy and fly and by the way the dealer had trouble with a rude customer... the budtender wanted to call the police while the other guy scolded him... so not the best time to have a smoke there 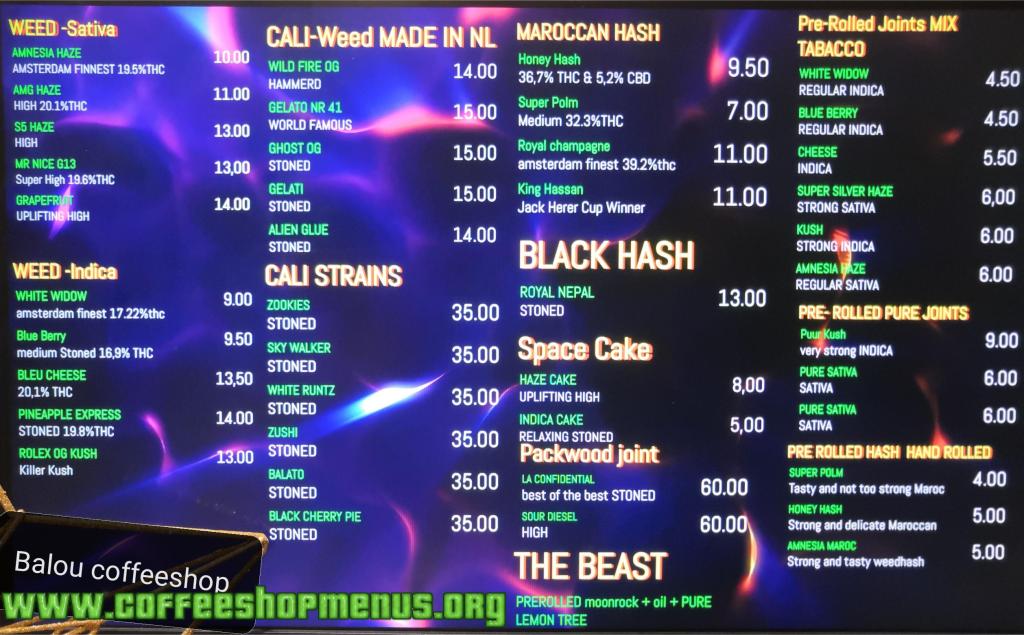