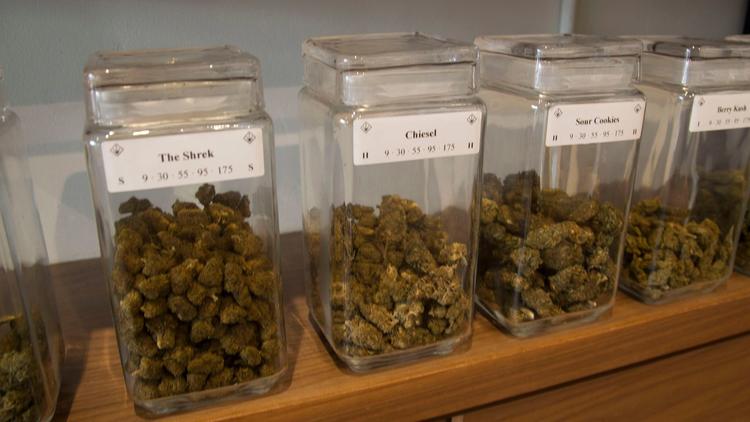 
Anyone who is not a U.S. citizen should use extreme caution before partaking in California’s newest legal recreational activity because it could have serious immigration consequences, according to attorneys.

Marijuana is still illegal at the federal level, and it doesn’t take a conviction for using it to affect a non-citizen’s future. If a port official finds out that someone entering the U.S. with a visa has used the drug, the official can ban the person from the country for life.

That means if a green card holder is selected for a search after traveling outside the U.S. for vacation and officials find a receipt from a dispensary, cellphone or social media photos at a pot shop, or anything else to suggest the immigrant has consumed marijuana, that person can be kicked out of the U.S. forever.

Some immigration attorneys in San Diego emailed warnings to their clients after the drug became legal at the state level for recreational use on Jan. 1.

“One of the grounds for inadmissibility is whether you are a drug abuser or drug addict,” immigration attorney Andrew Nietor explained. “That is interpreted fairly conservatively. Any admission of prior drug use will often lead to a presumption that the person has a controlled substance problem.”

Nietor said that clients are often surprised when he tells them what can happen if they smoke pot.

“One thing the law should always do is provide clear guidelines for people so they know what is going to violate the law and what is not going to violate the law,” Nietor said. “The big problem right now is that there is so much confusion that someone could engage in an activity that involves them getting a license from the state, and the federal government could say that activity is unlawful and result in permanent exile from the U.S.”

An official from Customs and Border Protection said the agency doesn’t track how many people are turned away at the border for drug use.

Stories about non-citizens being banned from the U.S. over marijuana surfaced after other states legalized the drug, and some California residents had problems once it became legal for medical use.

Allan Lolly, an immigration attorney, said he ran into an issue involving a pot plant when one of his clients was being interviewed for a green card. She was here from Bulgaria on a student visa, and she had married a U.S. citizen.

When the officer asked the couple about their home, the husband mentioned that he grew a small marijuana plant in one of the rooms.

“Both of us were surprised,” Lolly recalled, referring to himself and the officer. “We paused for a moment, and everybody was quiet. I said, ‘Can I talk to my client privately?’”

The officer allowed them to meet, and after the wife explained that she wasn’t in any way connected to the plant and actually disapproved of it, the officer authorized her green card.

Lolly has also seen clients applying for visas, particularly from the United Kingdom or Jamaica, who are denied over marijuana use, he said.

Marijuana use can also affect someone’s ability to become a U.S. citizen.

Any offense other than simple possession of less than 30 grams of marijuana is a permanent bar from the U.S., Lolly said. Simple possession also results in a ban, but a non-citizen can apply for a waiver.

Green card holders have a right to a court hearing before losing their green card for pot use, according to immigration attorney Ginger Jacobs, but people traveling on temporary visas, like students and tourists, can be turned around at the border with no recourse.

She had a client who was a legal permanent resident and had a medical marijuana card. He periodically drove to Los Angeles with weed in the car to have it turned into butter.

He was stopped and charged with possession with intent to distribute, and the charge was reduced to simple possession after he explained the situation.

Later, when he left the U.S. on a trip and came back, he was detained and ended up in court fighting to keep his green card. Jacobs was able to help him keep it.

“If he’d been a citizen, there wouldn’t have been a complication,” Jacobs said. “He wouldn’t have had to deal with proceedings that were expensive and stressful.”

“I would highly encourage immigrants to be very, very wary of making a purchase until they’ve naturalized,” Jacobs said.

She also cautioned non-citizens not to get caught with marijuana at national parks or on other federal land. Officers can and will charge people under federal law there, and a controlled substance conviction can lead to deportation even for green card holders.

If an immigrant does get caught, Jacobs said, he or she should not leave the U.S. and should talk to an attorney.

I've not been to Colorado for kind of this reason. Airport is still federal and US law enforcement are not exactly renowned for being bastions of reason and understanding. If I come back to my country from Netherlands stinking of weed they don't care once I don't have anything on me and they will just do a light search of my bags if a dog pays any attention to me. US law enforcement will defo not be that understanding when the dog realises all my clothes and bags have a residual weed stench.

Won't be going until the situation changes!

I've not been to Colorado for kind of this reason. Airport is still federal and US law enforcement are not exactly renowned for being bastions of reason and understanding.

Won't be going until the situation changes! 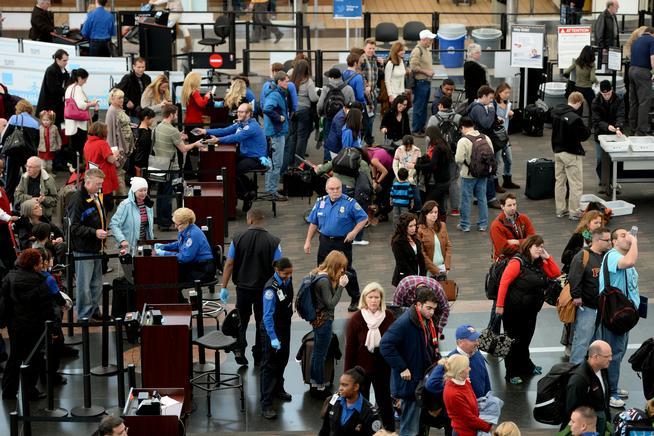 Travelers line up for a security checkpoint at DIA. The airport will ban marijuana possession but doesn’t plan to actively enforce the policy.


Denver International Airport will be the first city facility to prohibit marijuana possession on all of its property as it attempts to combat illegal interstate trafficking in the face of federal law.

Airport officials plan to begin enforcing the new policy, which is the furthest-reaching among the city’s marijuana limitations, in early January.

Recently adopted city ordinances ban the display and transfer — but not mere possession — of marijuana on city-owned property including parks, the 16th Street Mall, streets and sidewalks near schools.

“We talked to all of (the federal agencies involved), and they’ve expressed concern for good reason, but it was our decision based on the way the airport operates,” said Stacey Stegman, DIA spokeswoman. “We didn’t want to impact other airports and other agencies, and we didn’t want to facilitate transporting marijuana across state lines.”

Stegman said DIA chose to bar all possession and display of pot to eliminate confusion and make the same rules apply to all. She said the presence of federal agencies at DIA also was a factor; marijuana remains illegal under federal law.

“Amendment 64 broadly decriminalized the possession of marijuana, but the caveat is that the owner of a facility can impose special restrictions,” Broadwell said.

The law specifically allows any entity “who occupies, owns or controls a property” to set its own marijuana rules at that property.

“They are probably within their rights this time, for once,” said Rob Corry, an outspoken pro-pot lawyer in Denver. “Not the answer I would prefer, but it is what it is.”

The nation’s fifth-busiest airport must walk a fine line as it is owned by a municipality. Yet it must also abide by federal regulations.

“Denver (airport) is a commercial service provider, making it a federally regulated facility,” said Jeffrey Price, an aviation and airport security expert and professor at Metropolitan State University of Denver. “So at the end of the day, the airport is usually going to err on the side of the federal government.”

After Amendment 64 went into effect, airport visitors could carry an ounce or less at the airport as long as they weren’t going through security, Stegman said. Flying with marijuana — including medical marijuana — is not allowed because pot possession is prohibited by the Transportation Security Administra-tion, she said.

But TSA, a U.S. government agency, says the state’s pot legalization will have no impact its policies or how it will implement security checks at Denver.

TSA’s prohibited items website notes that “TSA officers do not search for marijuana or other drugs; however, if an item is found that may violate federal law during security screening, TSA will refer the matter to law enforcement.”

TSA’s dog unit is only trained to sniff out explosives or safety hazards, Price said, and is not able to detect drugs.

And while the airport has decided to implement a zero-tolerance marijuana policy, it doesn’t plan to actively enforce the policy.

“It’s not like we are going to do checkpoints. We just want people to comply,” Stegman said, noting that a violator would have to be discovered by other means, such as committing a different crime and having pot found in the perpetrator’s possession.

Or, as Price said, if a customs dog walks by and detects pot, a passenger could be nailed.

Stegman said the airport will add decals on sliding glass doors and signs stating the rules on airport property. The signs state: “It is unlawful to possess, consume, use, display, transfer, distribute, sell, transport or grow marijuana in this airport. Violators may be fined up to $999.”

Sunderland wrote: ↑
Tue 11th Sep 2018 10:39 pm
It seems to me, even in such cases, the choice of a lawyer must be approached with all responsibility. I have some paranoia at the expense of lawyers. I'm always afraid of getting on some kind of idiot. I used to contact the company Right Lawyers. these guys calmed me a bit. I realized that there are good people who work as lawyers. The company is very best, I still remember them

sounds like you need bob loblaw
ignoring spellcheck since 1986
Top

“One thing the law should always do is provide clear guidelines for people so they know what is going to violate the law and what is not going to violate the law,” Nietor said. “The big problem right now is that there is so much confusion that someone could engage in an activity that involves them getting a license from the state, and the federal government could say that activity is unlawful and result in permanent exile from the U.S.”
Top
Post Reply
6 posts • Page 1 of 1