Comments on specific shops. Use search to find the topic for a shop.
Post Reply
308 posts

Today, woke up in a fuge state of uninhibited cuntery and felt compelled visit a coffeeshop, as this is the closest to my home - that's what I went with.

Looked at their hazes and hashes. Left with 1.5g of SSH and 1g of 24K hash. About to give 'em a go in the vapcap and will report back and edit this post.

Oily dark-brown exterior, fudgy consistency that needed to be bagged in a strip of parchment-paper. Smell is smooth and creamy, with a subtle peppery back note. Taste is less creamy and more spicey in the vapcap, potency is up there. Seems decent enough for the price, but it doesn't hold a candle to the age old (notorious) "Dam Good Hash" I still have from well over a year ago (that's how often or rather infrequently I smoke hash). Overall good enough for the price from a CS, worth checking out.

A favorite go-to staple for our very own OHMF and Kenshiro-san. Smell was that of a proper fresh haze pungent candied lemons. Taste mostly follows nose, with an added dimension of a perfumed, creamy, soapy note and a bit more peppery as well though on the back end of the exhale. A solid enough haze for the price.

Will update these brief reviews as I vape through more, hopefully.

love these vapcap specific reviews! happy to hear enjoying hash won't be a problem with this device. (i've got extra screens and some degummed hemp fiber, if needed.)
Top

). Very nice value for money hash, would buy more if on longer trip...
Always know where your towel is!

liked that a lot.

On their menu I saw that they offer a Girls Scout Cookie hash for 30€/g. It will be sold in glass jars and from the testing result it´s has only (36,5% THC/2,3% CBD) and is listed under sativa hashes... well their Tropicana hash has only 2% less than that and is 3 times cheaper

Well I am the last who really trust these THC tests from Coffeeshops ... but when you only loook on the menu it looks like rip off 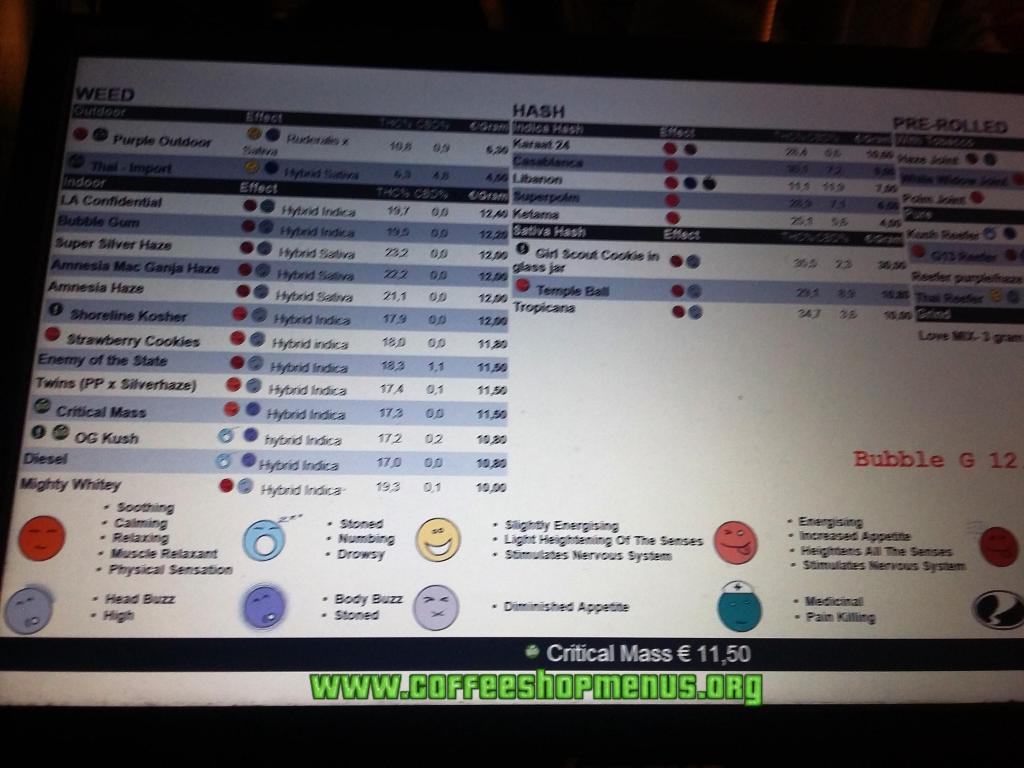 I went there because I saw some nice looking pics of their new Candy Cookie hash and OG Kush hash on the Instagram acc of trichome_heads_united. He make some really nice bud/hash pictures, reviews and so on. He liked the two hashes from Siberie a lot and I have to agree they are superb! Siberie wasn´t really on my list for that trip but thanks to his review I made it there

Candy Cookie hash (12€/g) - This hash was sold in glas jars as kind of special... they have 1 gram and 2 gram (24€/g) jars of it on the menu. It´s a darker creamy hash not too sticky. It has a pretty complex smell which is not easy to describe for me

a bit sour and a bit like essential oil

(a mate from me reminded it also a bit of charras). That hash is also very tasty ... I heard from different sources in the last time that this year would be a excellent year for hash from morocco and all "new" hashes I tried this trip were really great! Very very tasty and pretty strong, too. According to Siberie the Candy Cookie hash was tested with 52,7% THC and 5,8% CBD. Well like I said before I don´t really trust these tests from coffeeshops

but it is strong

well the effect is a good combination of high/stoned for me... it didn´t knock you out but it gives kind of nice strong head high with relaxing indica effects, too..

There is a lot of Candy Cookie hash around town atm... I saw it at Betty Boop, Easy Times, Solo... I tried now Solo and Siberies version and both were really nice!

OG Kush hash (11,50€/g) - Pretty blonde hash with a good oil content. Looks pretty similar to a "usual" blonde moroccan hash but when I smelled it I knew directly that this one will be good. It´s so damn tasty... even tastier than the Candy Cookie hash... kind of piney kushy. A real full taste. This one is more on the stony side and gave me a real nice relaxing effect and is def. strong enough

. Tangie Static from Solo, OG Kush and Candy Cookies from Siberie were really nice and a step forward in terms of quality.
Top

Short update on that Candy Cookie hash. I noticed that it had pretty much characteristics of black hash like charras from texture and smell. Well I def. smell the new genetics in it but there is also a scent kind of essential oil which I also smelled with some nice quality black hashes in the past. Also when smoked something reminded me of a good black hash. Furthermore it comes in form of dark hash balls and if you open the hash ball the inside is brighter but it gets darker very fast. It looks more like a black hash than a moroccan... pretty interesting

@Marok21
There have Top Tidghine on the menu did post a shot on IG.
I a bit harder but get softer in the hands.

~Kuroneko is a Black Cat who reoccurs in the forground, eating Edible and vaporizers Herbs~
Top

@Mr. Black Cat
thanks for the good news

one of my favorite hashes from Siberie in the past. I can´t wait to try it again

its not 100% the same stuff as last time (well different harvest...) and it cost a bit more than before (9,50€/g). It´s pretty blonde oily moroccan hash the gets darker very fast when it´s in the baggy (because if high oil content). Like Mr. Black Cat wrote it needs a bit of hand warmth to get it soft... as the smell suggests it tastes very "lekker", too. Nice classic import hash flavours and it made me also pretty stoned

A bit pricey with 11,60€ but that is a nice fine variety of moroccan hash! Anyway it could be a bit cheaper

Here we really liking the candy cookies Is so nice to vaporize.

That OG kush have so a strong smell but for daytime here a no no ...

And the Top Tidghine like above is say so a classic taste smell and feeling.

On the hunt again..
~Kuroneko is a Black Cat who reoccurs in the forground, eating Edible and vaporizers Herbs~
Top

had the Top Tidghine a week ago or so, and thought it was a very nice smoke in terms of taste and effects. i am a noob when it comes to hash so that's all I will say 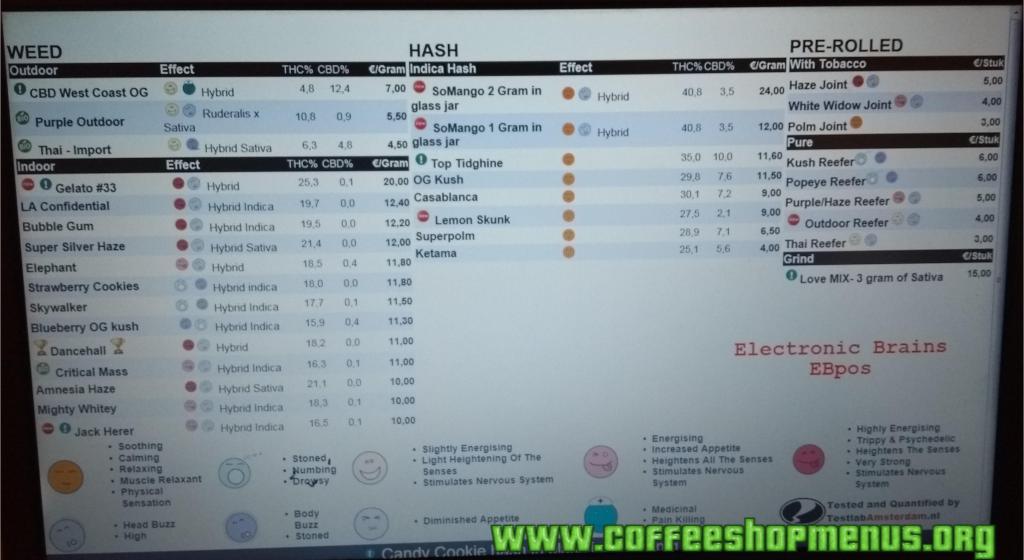 Sadly they have none Candy Cookie hash anymore on the menu

They sell some SoMango hash in glass jars of 1 and 2 gram instead now.

SoMango hash (12€/g) - Very dark oily sticky hash. That one has also that grainy consistency like the Gorilla Glue Ice hash from Coffeeshop Relax which was not my cup of tea

The smell is pretty strong fresh and reminds me also a bit of the Gorilla Glue hash from Coffeeshop Relax but the SoMango is more pleastent to my nose... smells more "fruity" but different to most hashes I know...
From look you think at first wow but for me it´s too oily/sticky and in terms of taste and effect I prefer their Candy Cookies hash they had before... both hashes with that super oily grainy consistency I got that trip were not my cup of tea

maybe it´s better to dab that stuff to get a good tasty hit but I am not sure if it´s all real legit natural stuff...
Top 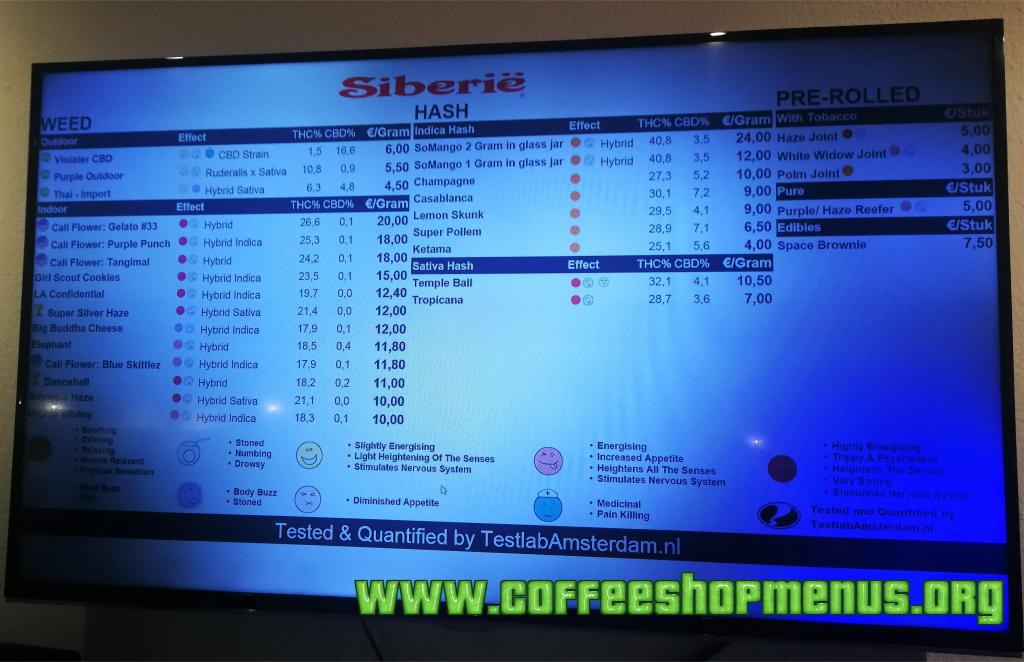