Comments on specific shops. Use search to find the topic for a shop.
Post Reply
9 posts • Page 1 of 1

This shop is in a dodgier part of Groningen and it was getting dark while I was carrying an expensive camera and was a bit worried. I am an old man (relatively) and not very big and disabled to boot so I tried getting out of the section fast after my visit to this shop.

The shop itself was busy and the tender welcoming and friendly. I purchased the Algerian pollen and it was o.k. for the price as I recall. They are the 2012 "Best Coffeeshop" of Groningen and had the trophy on display from last year.

I should mention that this shop is right next door to a bar call "Metropolis" which in my daze I mistook for "Metamorphosis". It was funny because it was obviously a bar and I just thought that in Groningen they allowed the two (Bar & weed) together. I ask if I could spark up and they said "sure, this is Holland" or something like that. Well, no one else was lighting up and after a few tokes I rested my joint and ordered another beer. There were some new people now coming into the bar and glancing at me every so often with a shit look. I was high and the vibes were not so great (maybe this experience caused my paranoia later as I walked back to the center). I didn't finish my beer and quickly said my goodbyes and was out of there. I realized my mistake upon exit and went down the street and got a burger for dinner. I really wanted to check Metamorphosis out so I went around the block and went in from the other side so those folks in Metropolis wouldn't see me. So, fair word of warning to others trying to find this shop while in a Hazy daze.

Though I think the neighborhood is not dodgy at all. Groningen does not really have any sketchy neighborhoods, and the Meta is right at the city center. Nothing bad ever happens there

Thanks for all the Groningen reviews man, gonna try this place someday, since Wizzair started flying there;)
Edibles on a plane is my middle fucking name
Top

Yes, Meta is close to the center (the big square where there are a lot of shops and bars). I guess the center for me was that commercial street from the direction of the train station to the square. That street helped me get my bearings. The way I got to the shop was not through the square. They gave me directions another way from the Clown Coffeeshop.

Maybe nothing ever happens in Groningen but A'dam seems much safer. Alcohol seemed the drug of choice in Groningen.
Top 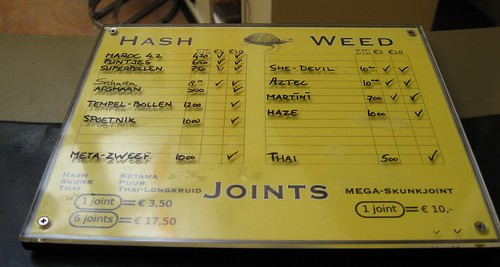 from a couple years ago ...We enjoyed our weekend in Groningen .

Stayed at the Martini Hotel .Which was nice enough ,with free parking , and a very nice hotel bar /lounge
http://en.martinihotel.nl/ 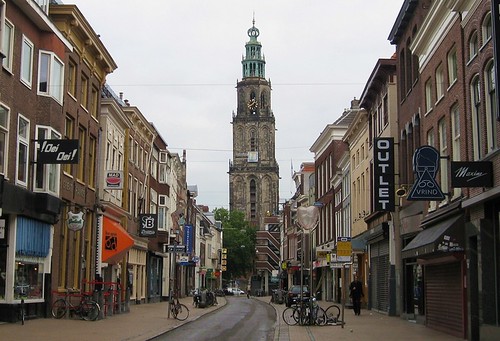 Plenty of Coffeeshops to find . Seems to be about twice the size of Leeuwarden .
Top

About twenty seats behind a glas wall and one of the few shops with a verdamper/vaporizer. I kinda liked it in there though.
They do Tostis, too. Budtender also took his time to explain their menu. About seven strains of wiet(e.g. Amnesia, Aztec, Jamaican) and hasj(e.g. cheap Afghan, Gardalla, Algerian[12€]) on there. There was Skuff, too. Charras went for 20€/g but I didn't even take a look.
Prices from 5-12€.
We discussed this hashish supposed to come from Algeria but budtender thought it's just a stupid name and it's from Morocco. Looked and smelt that way so I got a bag of Gardalla(10€/g)which was a bit pricier than De Dees' but also a tad better. Lots of places had this thing on and according to this availability in town and more and more reasonable priced mid grade moroccans with foreign genetics available all over the country makes me think this is a forerunner of things to come. Most probably will replace classic moroccan Super Pollen sooner or later. Also as it's even around now at my neck of the woods as well. Exciting times

Sit n Smoke is here possible. They offered some of the usual weed in Groningen so i didnt bought any there i decided to go for their 5€ Afghan which was good aswell.

11.30 at Saturday, quick smoke out at Metamorphose. They had Northern Lights on the list for 10€ which was worth a try. Cant really say if thats really the taste of NL because wasnt able to smoke it b4. Wasnt really happy with the taste and the effect of the bud but enjoyed my joints there. Seems more older people prefer this Shop didnt saw any teenagers there at my time