Comments on specific shops. Use search to find the topic for a shop.
Post Reply
614 posts

New menu for Coffeeshop Amsterdam dated January 14, 2019. Thanks to SupeR. 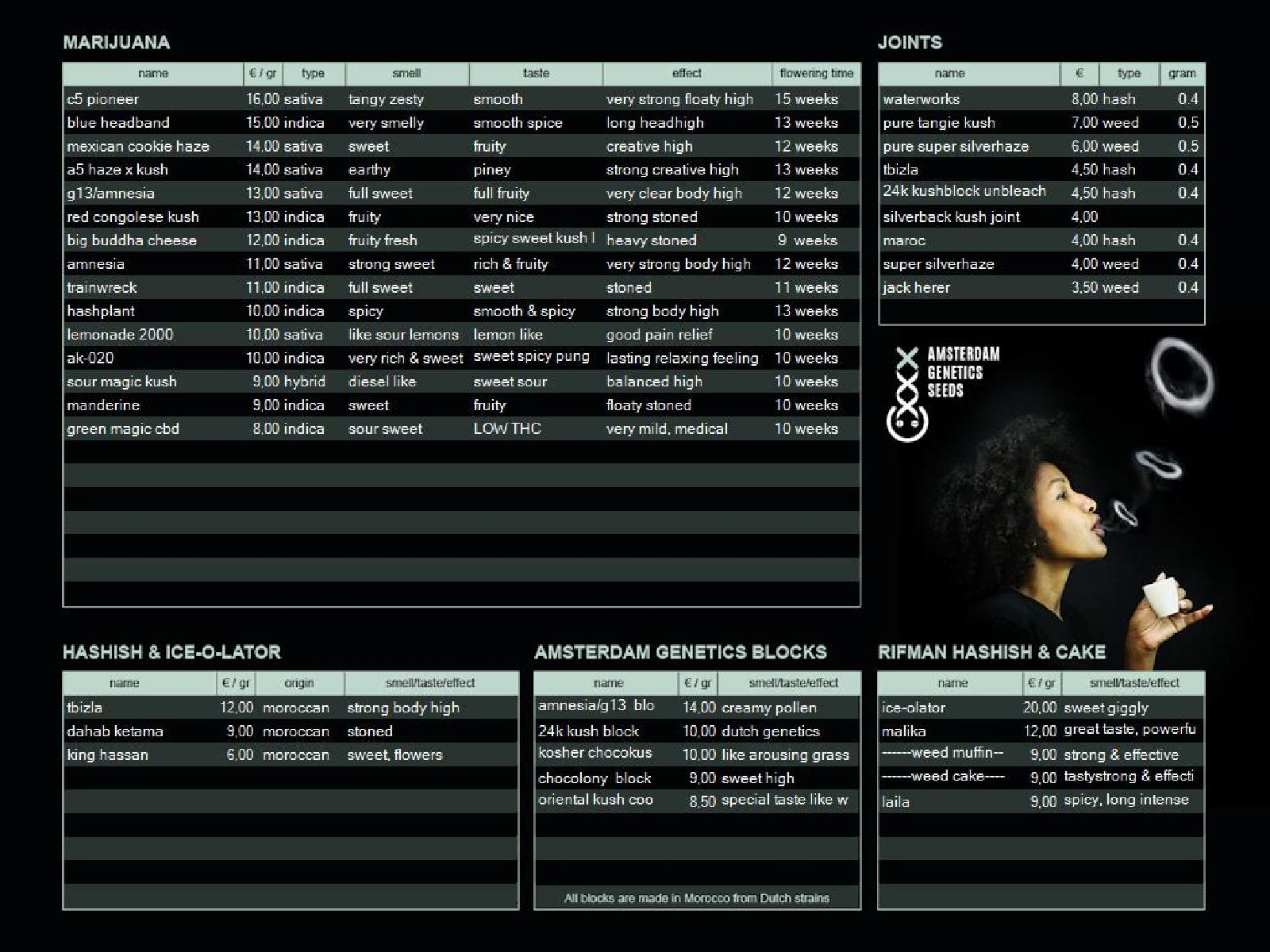 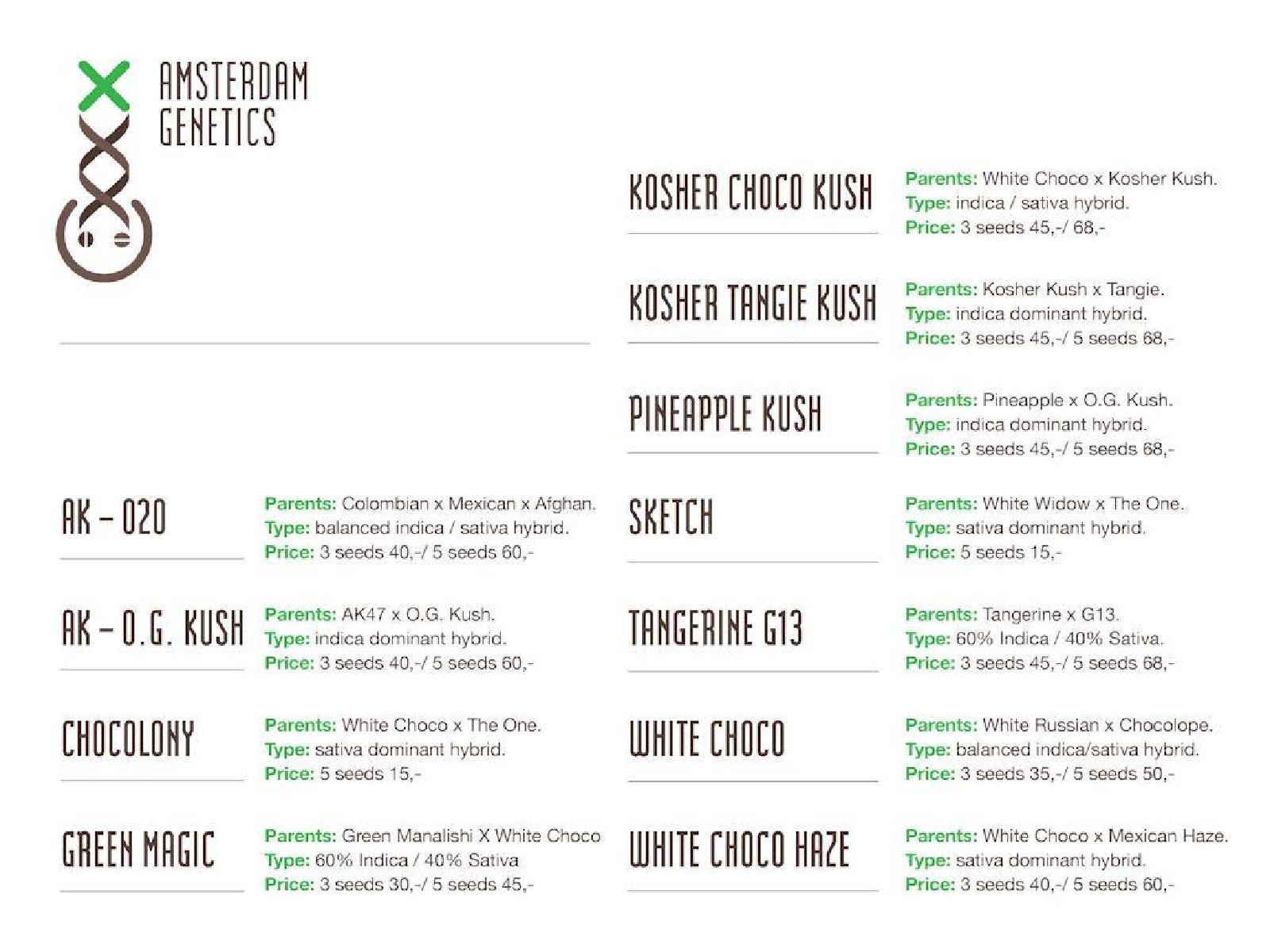 Stopped in to grab some goodies for my solo Game of Thrones watching party.

Was nursing a fierce sweet tooth, and was thus primarily after some Amsterdam Genetics "Spacetry's"

Took a look at some flowers first, settled on 1.5g of Manderine Cookie, at 13 EUR /g. Very calyxy haze-esque bud structure. Lightly citrusy (limes, grapefruit and tangerine) nose, with a subtle spiceyness and earthy-woody tone and the back end. Translates only a bit on the vape, per first impression but will have some further goes before making a final assessment.

New menu for Coffeeshop Amsterdam dated May 13, 2019. Thanks to SupeR. 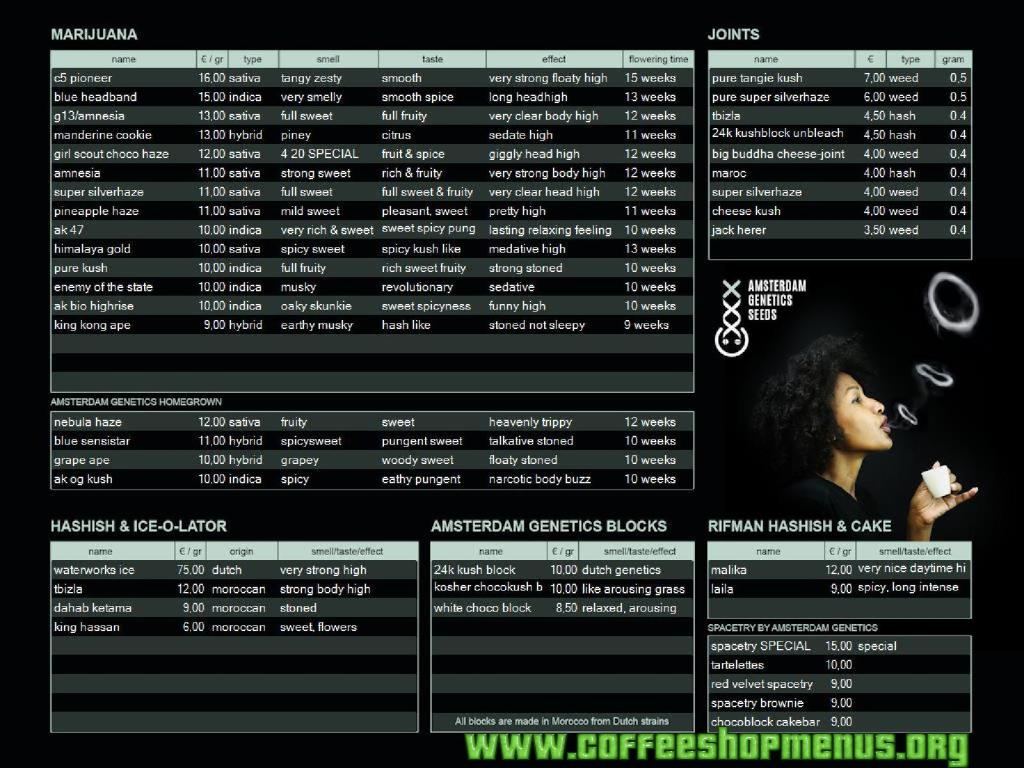 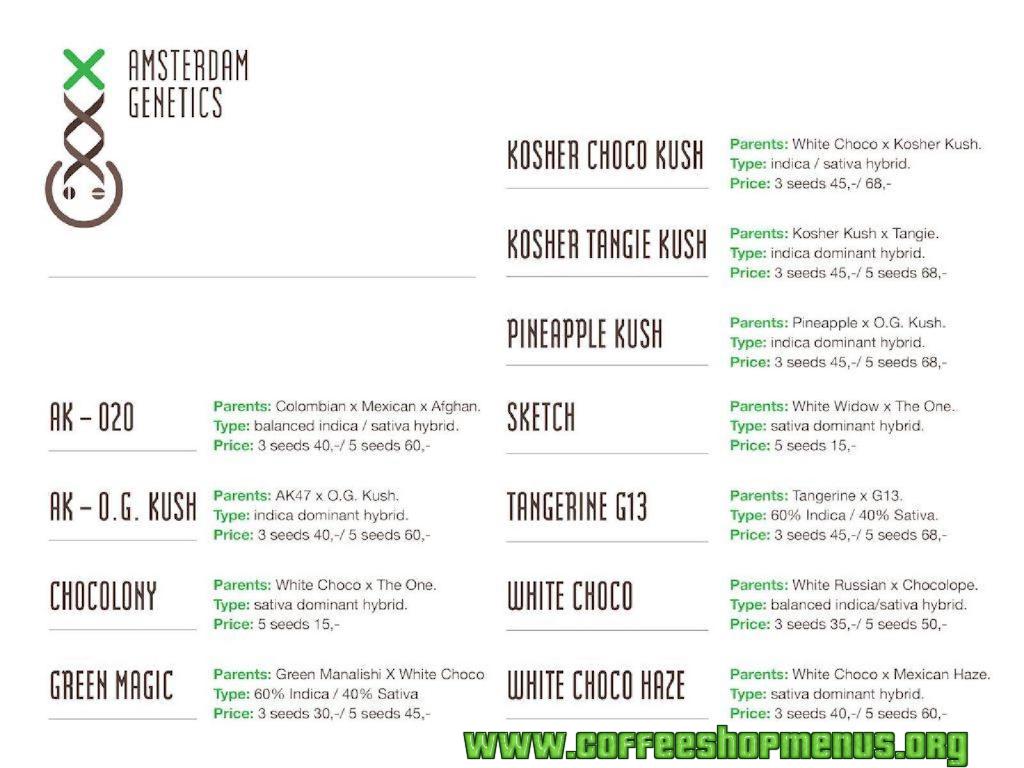 Popped in for a Red Velvet Cake. You can't beat them, but you may develop a cake habit.
Bring back Imelda Marcos!
Top

New menu for Coffeeshop Amsterdam dated October 7, 2019. Thanks to SupeR. 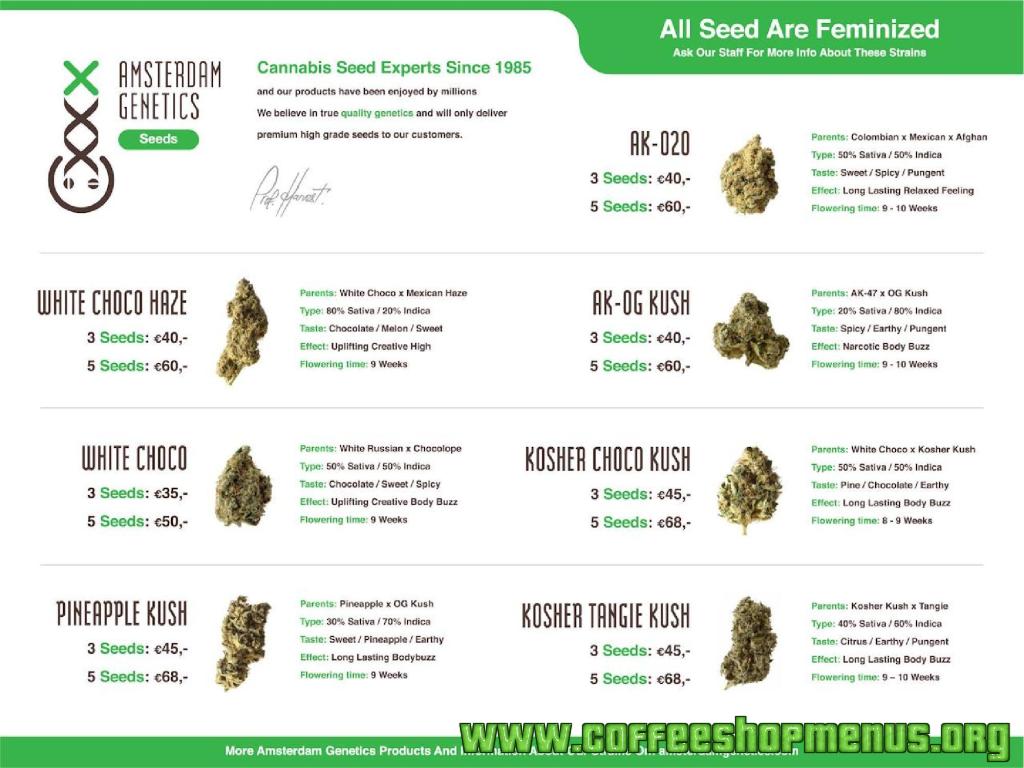 one of the good things here and of course in some other shops is that the minimum purchase is 5€. So I tried only 0,1g

but well I am a mostly bong smoker and 0,1g of high quality ice hash gives usually a nice hit

While it´s not enough to give a detailed review but overall I was pretty dissapointed especially because of its high price compared to the quality. From the look a hard brownish piece of hash that reminds at first of some mid grade moroccan hash

but after closer inspection I could see that it´s def "better" than usual moroccan hash^^. The hash didn´t smelled much even out of the tub while the budtender said it´s didn´t smell much but it´s damn potent... I would have expected more for the price. Well it was really smooth to smoke and not like some other ice hashes which are very hard for the lung

taste was also not bad but the effect wasn´t spectacular to me... especially for that price I expected it much stronger

Anyway it is not easy to find good ice hash in the coffeeshops nowadays but damn for 80€/g... maybe my tolerance is too high

but for example the last good ice hash (Kosher Kush Ice) I tried was from Greenhouse Den Haag made from "Ex.tractor" and was half the price and much stronger and super tasty...

I'm glad that u tried this Maroc I am coming over soon and my apartment is very close to this coffeshop I have always been a fan of ice hash and have made it a good few times myself so I appreciate how much weed it takes to make a gram of top quality if one is lucky one might expect 1gram of top quality ice from 10 gram quality bud or if using good quality trim 1gram quality from 20 grams trim..I'm sure that they are using trim and mixing probably the last 3 bags together to get what you have described as a piece of quality looking Maroc hash if so 80a gram is expensive dampkring are offering one labeled as full melt I think for 40 or 45 but I'm sure you are well aware of that

I think I will try that one or the one from bushdoctor when I over ..also interesting that you can buy such a small amount it's a good way to sample before a bigger purchase keep up the good work man ...

Though no longer Pink Floyd for some time now, the shop at 44 Harlemmerstraat has always been a good place to kick things off on my many trips.

Find SSH pre-rolled perfectly up to the job, though some folk here discourage pre-rolled. Of course, there’s plenty of good stuff sold by the gram.

On three floors, so plenty of capacity, but after here, tend to orientate around Amnesia on Herengracht, which is much smaller.

Was in this morning and got jala hash 10 a g
.very nice piece of hash not to soft easy to work but bubbles great with a flame and very tasty ..this is a good buy for 10 euros highly recommended
Top

New menu for Coffeeshop Amsterdam dated March 3, 2020. Thanks to SupeR. 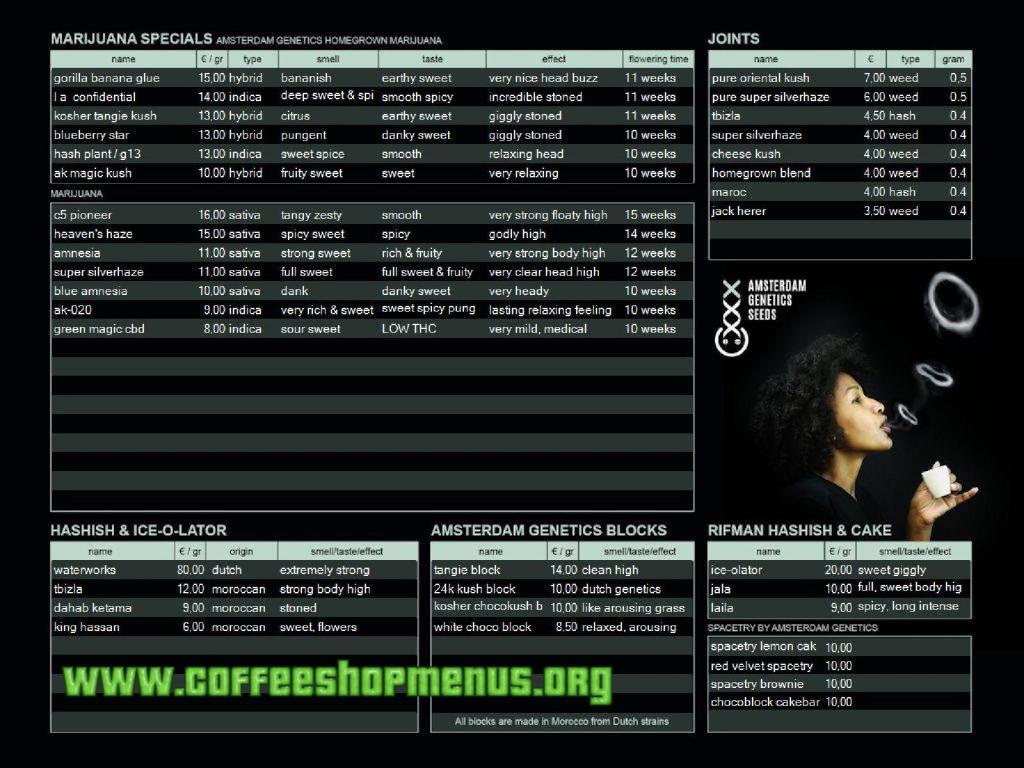 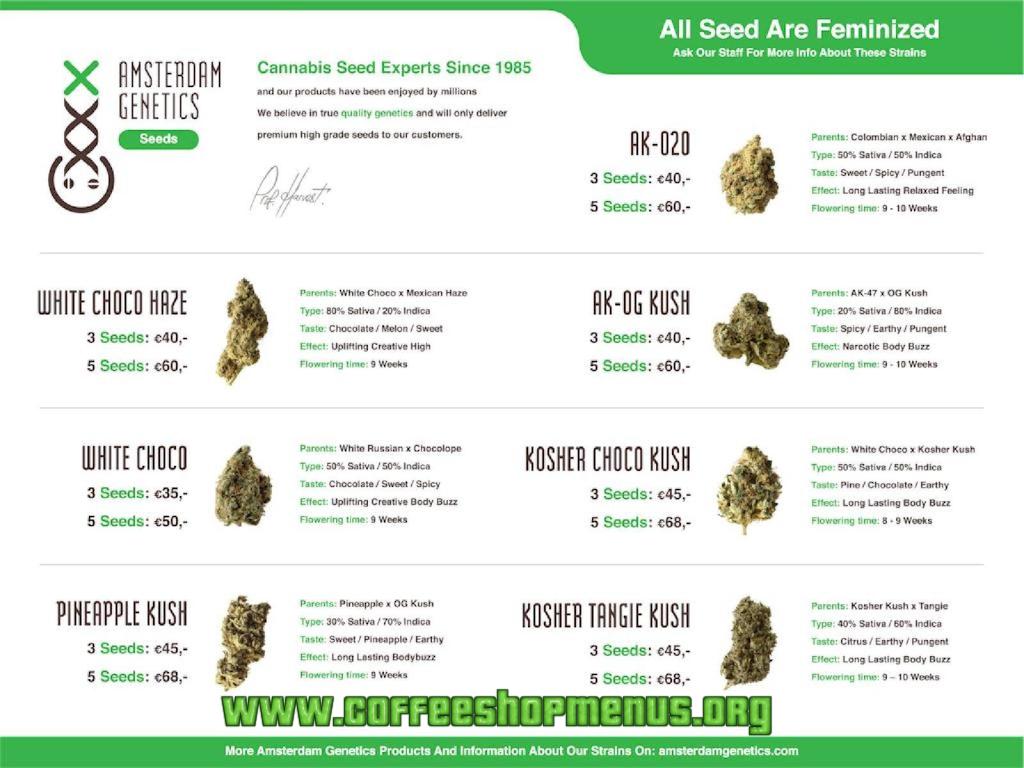 only pussys be scared of this corona dumb shit

Wow what vulgar language. You should be ashamed of yourself.

only pussys be scared of this corona dumb shit